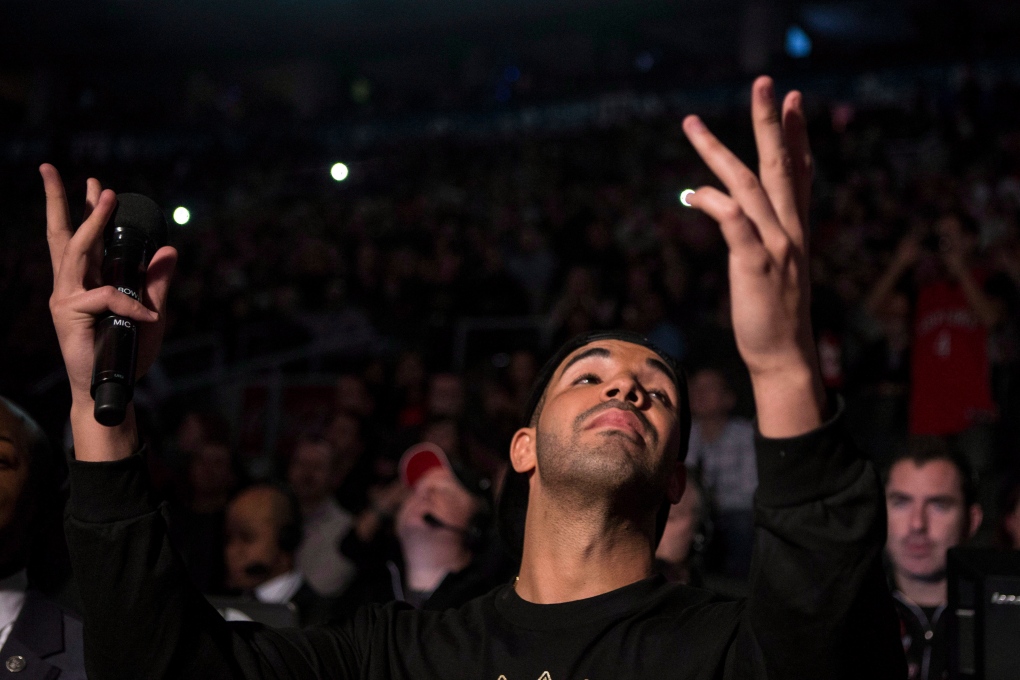 Rapper Drake introduces the Toronto Raptors over the PA system ahead of their 96-80 win over Brooklyn Nets in NBA basketball action in Toronto on Saturday, Jan. 11 , 2014. (The Canadian Press/Chris Young)

TORONTO -- It looks like Toronto rapper Drake may be getting a new view in "The 6."

The property was purchased for $6.7 million in September by a numbered company based in Halifax.

The company lists Drake's DJ and close friend Adel Nur, who also goes by the name Future The Prince, as its president. It's widely believed that the house will be the new abode for the 29-year-old international superstar, who started his career as a character on the Canadian TV show Degrassi: The Next Generation.

According to filings with the city, a bungalow currently on the massive property will be demolished to make way for a two-storey, five-bedroom mansion with an attached garage.

The home will include a full-sized basketball court, spa and sauna, jersey museum, awards room and snack lounge. It will also feature four second-floor terraces, including one that is nearly 29 square metres. A six-metre wide driveway will open up into a large courtyard.

Building consultant Michael Goldberg told the municipal panel in submissions that the construction of the property has received the blessing from its neighbours.

"(This home) will very much be keeping with the character within the homes of this neighbourhood," he said.

"You will not hear from any neighbour that is touching this property. We have letters of support."

Goldberg said local residents understand that they too will benefit from such a grand home being built in the area.

"As you can imagine, this property will be extensively landscaped. The landscaping is for aesthetic ... for privacy purposes for people on both sides of the lawn," said Goldberg.

"I think all the neighbours recognize this and have acted in a professional and neighbourly fashion."

Two neighbours attended the committee of adjustment meeting to voice concerns about the property but then later reneged when they were informed that the original plans had been scaled back.

Maureen Wright, who has lived in the Bridle Path for nearly 15 years, said one of the biggest concerns was that the new mansion had to be compatible with the neighbourhood's look.

"The last three decades, the character of the neighbourhood has changed," said Wright, who is also the chair and president of the Edwards Gardens Neighbourhood Association, which represents about 85 properties in the area.

"When they were all once bungalows, now they're very grand and established homes, and perhaps are the best in the city or even in the country. It's quite a unique area. "

When asked if she was concerned with a celebrity moving in next door, she chuckled.

"Prince lived around the neighbourhood, many baseball stars have occupied homes there, so this is not unusual," said Wright. "It's not an anomaly."

Representatives for Drake did not respond to requests for comment.