An elderly man is in hospital with potentially life-threatening injuries after a fire at a home in the city’s Jane and Finch neighbourhood early Tuesday morning.

The fire broke out at a residence on Lomar Drive, located near Sheppard Avenue West and Highway 400, at around 3 a.m.

Toronto Fire Services said crews were called to the home by a neighbour who reported the fire.

Crews entered the burning structure to find the lone occupant of the house, an 83-year-old man, collapsed near the rear of the residence. 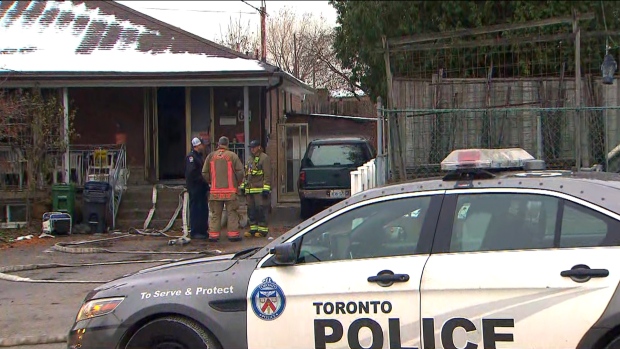 Firefighters then rescued the man, who has mobility issues and uses a wheelchair.

The victim's son arrived at the scene this morning and identified his father as Giuseppe Costa.

Costa suffered burns and smoke inhalation and was taken to a trauma centre for treatment. His injuries may be life-threatening, according to paramedics.

The fire was quickly knocked down and crews believe the fire started in a bedroom.

The fire did not spread to neighbouring homes.

The Office of the Fire Marshal (OFM) has been called in to look into the cause of the fire.

Manny Garcia, a spokesperson with the OFM, said it is not yet clear if there were any working smoke alarms in the house.

“We are seeing quite a bit of smoke damage, there is fire damage in one of the back bedrooms,” Garcia said.

“We are not seeing any other instances of concern, such as hoarding or anything like that.”