A man has sustained life-threatening injuries following a fire at an apartment building in North York Friday evening.

Toronto firefighters said they responded to reports of a residential fire around 5:50 p.m. near Fenside and Parkwoods Village drives.

When firefighters arrived on scene, they forced their entry into a unit inside the seven-story building. Once inside, firefighters discovered a man on the balcony and removed him from the unit.

After being assessed by paramedics, the man was rushed to hospital with life-threatening injuries, firefighters said. 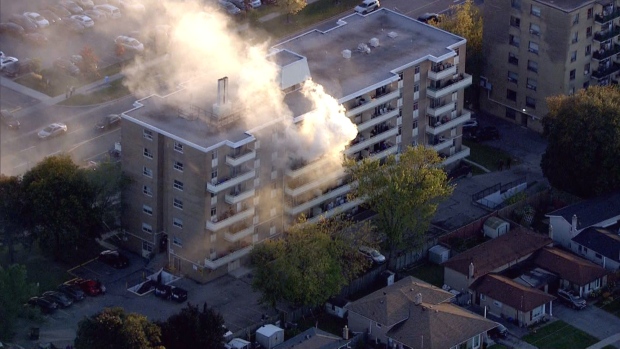 According to Toronto Fire Chief Matthew Pegg the fire has been extinguished and residents can now return to their apartments.