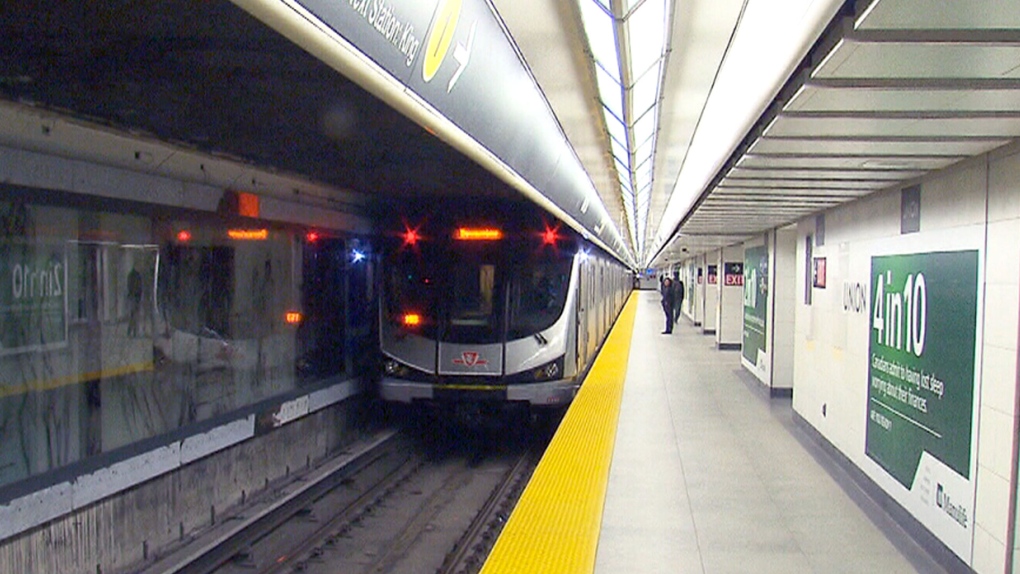 A TTC subway train is seen in this photo. ( CTV News Toronto)

TORONTO -- On Saturday and Sunday, Line 1 will be closed between Lawrence and St. Clair stations due to construction on the Eglinton Crosstown LRT by Metrolinx crews.

The transit agency said that replacement shuttle busses will be running along Yonge Street during the closure. The 97 Yonge bus and the University side of Line 1 will also be available as alternatives.

Wheel-trans will be available upon request throughout the weekend, but since Lawrence Station is not accessible, customers are going to need to use York Mills Station.

Also this weekend, on Line 2, there will be no subway service between Warden and Kennedy stations due to track maintenance.

Wheel-trans is also accessible for Line 2, however since Warden is not accessible, customers who need this service should use Victoria Park Station instead.

All stations will remain open to access surface-level routes and for fare sales.

There will also be no streetcars on Queen Street this weekend. On Wednesday, officials found damage to the emergency braking system on 25 streetcars. Instead, busses will run along the 502 and 508 routes until Monday morning as officials inspect the track.