No injuries reported after shots fired in The Bridle Path

TORONTO -- No one was injured after a shooting during an apparent road rage incident in North York Saturday afternoon.

Toronto police said they received multiple calls for shots fired in the area of Lawrence Avenue East and The Bridle Path at around 2:30 p.m.

Police said someone inside a vehicle fired multiple shots at another vehicle. 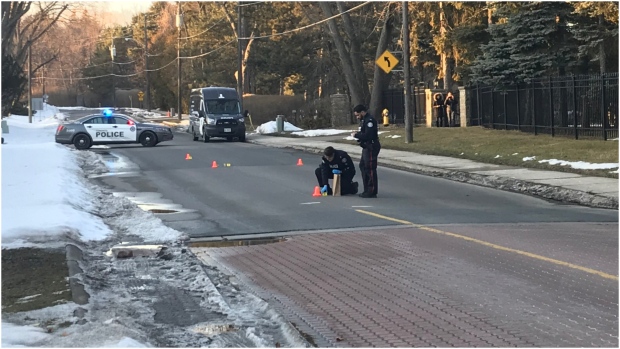 Two children, a two-year-old and a 12-year-old, were inside the vehicle that was shot at, police said.

Shell casings were recovered at the scene.

A resident in the area told CP24 he and his wife were watching TV when they heard two distinct firecracker noises.

“It’s quite shocking for us,” Dr. Mohammed Elahi said. “I can’t believe (it happened) in the middle of the day and it’s a residential road.”