No injuries reported after driver crashes into popular Oakville restaurant

TORONTO -- Police in Halton Region have charged a driver after they allegedly crashed a Mercedes into an Oakville restaurant early Sunday morning.

It happened in the area of Trafalgar and Iroquois Shore roads just after 1:30 a.m. That’s when police said the driver of a vehicle crossed the street from a McDonalds drive-thru and smashed into the nearby Oh Bombay restaurant.

The vehicle hit a water pipe and firefighters could be seen removing large amounts of water from inside the establishment.

Police said that the restaurant was unoccupied at the time of the collision, however there were patrons in the adjacent business.

No injuries were reported, police said.

The driver was arrested and charged with impaired driving.

Police have not released any other details. 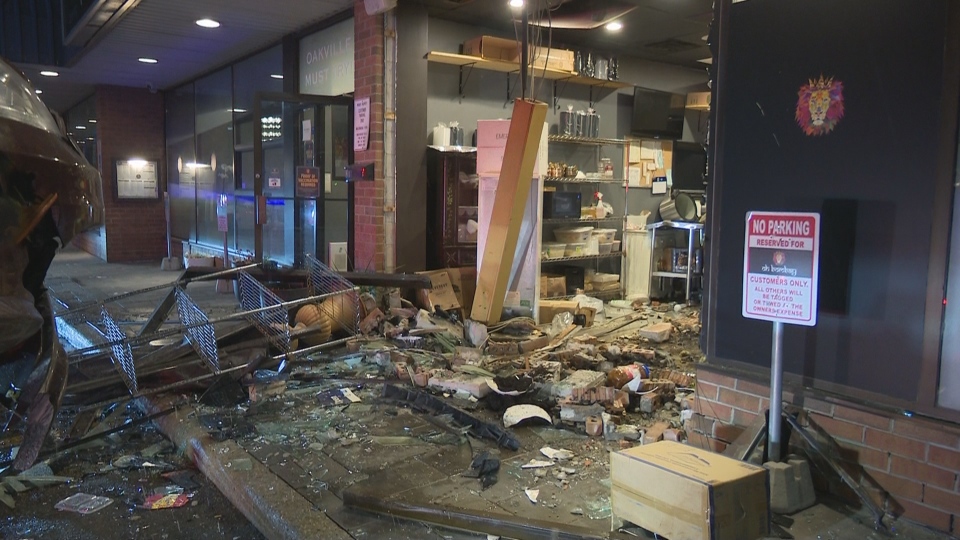