No injuries after fire at Jewish community centre in North York 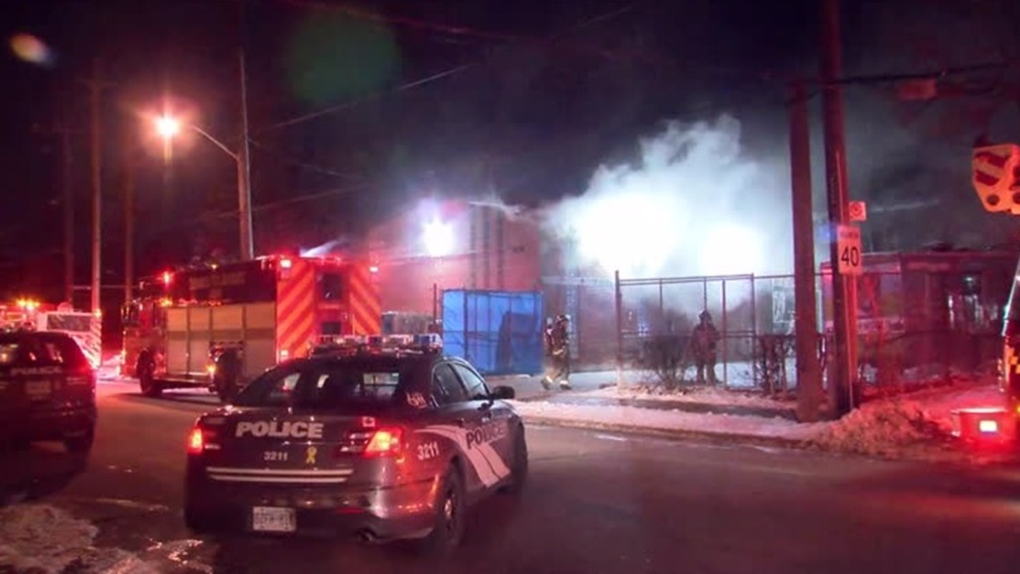 Fire crews are seen at 18 Rockford Road after a fire at the Jewish Russian Community Centre. (CP24)

No one was injured after a fire tore through the roof of a Jewish community centre in North York early on Tuesday morning.

Occupants of a nearby apartment tower called 911 sometime early Tuesday morning after spotting flames coming through the roof of the Jewish Russian Community Centre at 18 Rockford Road, east of Bathurst Street and south of Steeles Avenue West.

Officials at the scene suggested the fire may have started in the facility’s furnace room.

Rabbi Shmuel Neft said the damage appears to be isolated to one corner of the building.

“We seem like we hit a bit of a bump in the road. But the road still continues and we’re going to keep on trucking,” he said, adding that the first classes his centre offers are still scheduled to go ahead at their offices down the street this morning.

He said the structure of the building is totally sound.

Fire crews said no one was injured in the blaze.

Its cause is not known but fire crews say it is not suspicious in nature.