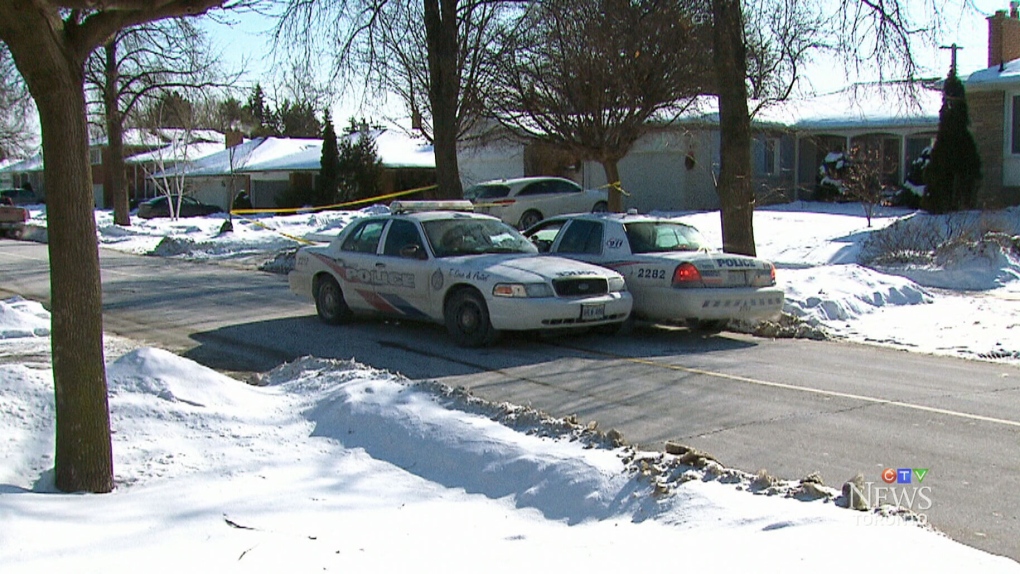 Police investigate after a man was found on Allenhurst Drive in Toronto, on Sunday, Feb. 15, 2015.

Police say there is no evidence of foul play surrounding the death of a 29-year-old man who was found unconscious on the ground near his wheelchair in Etobicoke over the weekend.

Mark Stroz was found in the driveway of his home on Allanhurst Drive, near Royal York Road and Eglinton Avenue West, on Sunday. The temperature with the wind chill was approximately - 40 C at the time.

A person driving past the area shortly after 7 a.m. saw Stroz, who was wrapped in a jacket, and called 911. Stroz's overturned wheelchair was also nearby.

When paramedics arrived, Stroz did not have a pulse and was suffering from hypothermia. He was rushed to Humber River Hospital, where he later died.

Police said on Monday that autopsy results suggests there is no evidence of foul play. Investigators have not released a cause of death.

Police also confirmed on Monday that a taxi cab had dropped Stroz off to his home, where he lived with his mother.

She said she last spoke to Stroz on Saturday at approximately 10 p.m. before he went out with his friends.