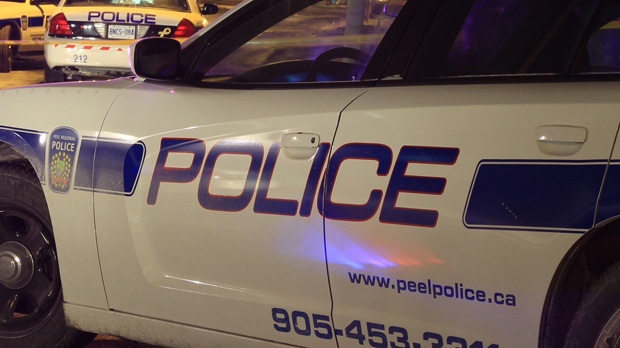 A Peel Regional Police cruiser is seen in this undated file photo.

Investigators say four men and five young people have been charged with attempted murder in connection to a home invasion where a 52-year-old man was violently beaten in Brampton back in 2015.

On Sept. 26, a man named Abdallah Butale was at home when a group of suspects armed with knives, hammers and golf clubs forced their way in and began to beat him.

Butale suffered life-threatening injuries and was airlifted to a Toronto hospital trauma for treatment.

After a lengthy investigation, Peel Regional Police say they have arrested and charged nine people.

In addition, five youths who cannot be identified per the terms of the Youth Criminal Justice Act were also charged with attempted murder.

All nine suspects first appeared in court in Brampton on Wednesday.