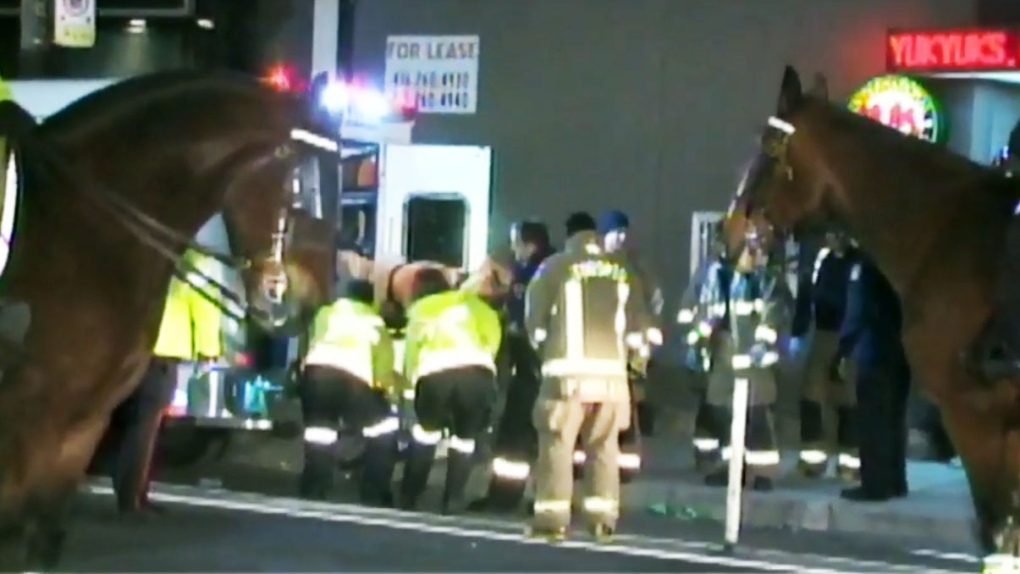 Three people were injured at a shooting inside Switch nightclub at 55 Colborne St., near King and Church Streets, shortly after 2 a.m.

Police told CTV Toronto that an altercation broke out between a group of people just before the shooting. One of the victims was shot in the chest and was rushed to hospital with life-threatening injuries.

Another walked into a hospital with what appeared to be a gunshot wound. A third male was also injured and brought to hospital.

Investigators are interviewing witnesses who remained on scene, and encouraging others who may have seen anything to come forward. They have not released any information about a suspect or suspects.

At 2:30 a.m., paramedics were called to the area of Richmond and Duncan Streets, where a 21-year-old man was shot in the leg at Rehab Nightclub. He was taken to hospital with non-life-threatening injuries. The suspect fled the scene before police arrived.

Also overnight, a man with a gunshot wound to his torso walked into the Westin Harbour Castle, located at the foot of Yonge Street. Paramedics were called, and the man was rushed to hospital in serious condition.

The circumstances leading to his injury were unknown, paramedics said.