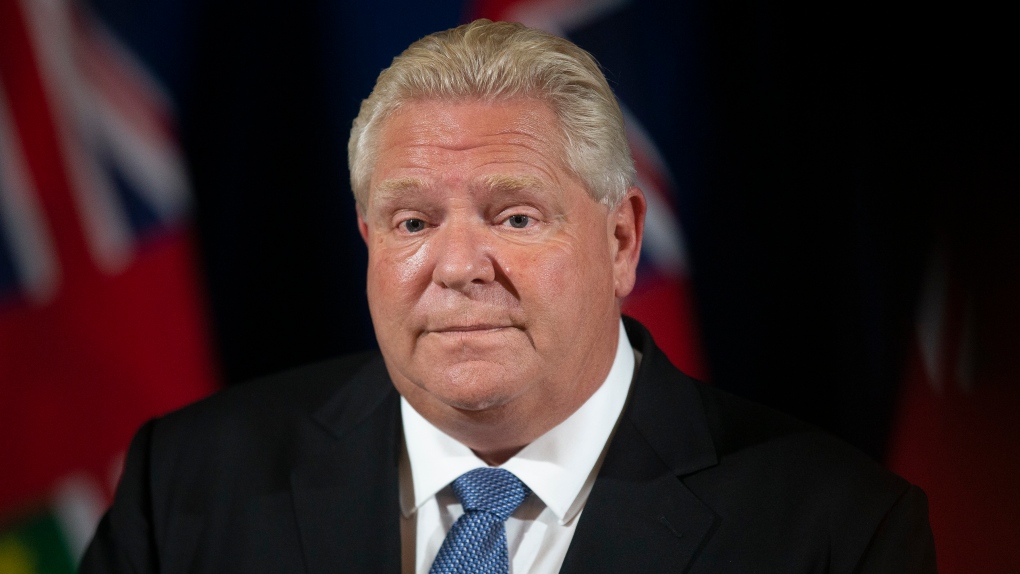 FILE- Doug Ford is set to announce an increase to minimum wage in Ontario.

Doug Ford and the Progressive Conservative party appear to have an early lead over the NDP and Liberals with the spring provincial election still months away, a new poll has found.

The poll comes on the heels of the release of an Angus Reid Institute survey, which suggested that only 29 per cent of Ontarians approve of the job Ford is doing as premier, his lowest approval rating to date.

The Abacus poll, however, paints a more optimistic picture for the Tories when it comes to their electoral chances in June.

“The PCs start 2022 with the advantage but not one that is not insurmountable. There is widespread dissatisfaction with the Ford government and Premier Ford himself, although not to the extent it was prior to the pandemic,” CEO David Coletto said in a posting accompanying the poll results. “If an election was held today, the PCs would likely win thanks to a divided opposition and strength in all parts of the province.”

The bad news for the Ford government is that when it comes to the top issue for voters – the COVID-19 pandemic – 50 per cent of respondents rated the Tories performance as poor or very poor.

“Housing affordability and inflation are two areas where the provincial government performs worst and they become liabilities for the PCs if they don’t have compelling solutions in the lead up to the election,” Coletto warned.

The Abacus Data survey was conducted over the phone between Jan. 7 and Jan. 12. It is considered accurate to within 2.9 percentage points, 19 times out of 20.