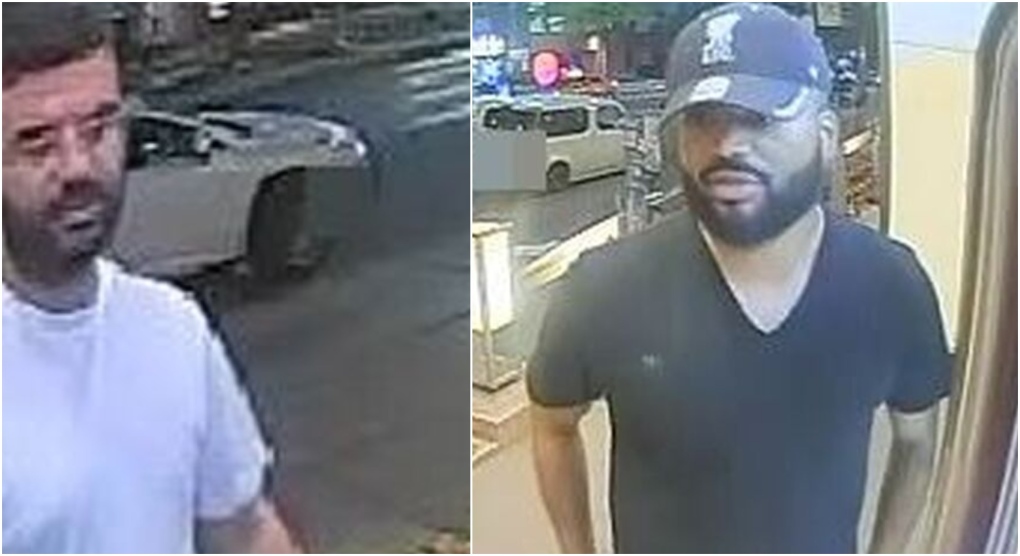 New photos have been released of the men wanted by police over an alleged pizza delivery scam targeting the debit cards of unsuspecting customers.

Toronto police say they’ve been receiving complaints since mid-July of incidents where debit cards have been compromised by people allegedly posing as pizza delivery drivers.

A police spokeswoman says there are similar patterns in each case, which is being handled by the force's Financial Crimes Unit.

Allyson Douglas-Cook says in every case, pizza orders that were placed for delivery are allegedly intercepted by a group of at least three male suspects pretending to be the pizza's recipients.

"They would find out the location of the place the pizza drivers were delivering to," says Douglas-Cook.

"Sometimes that would involve following the pizza driver from the store." 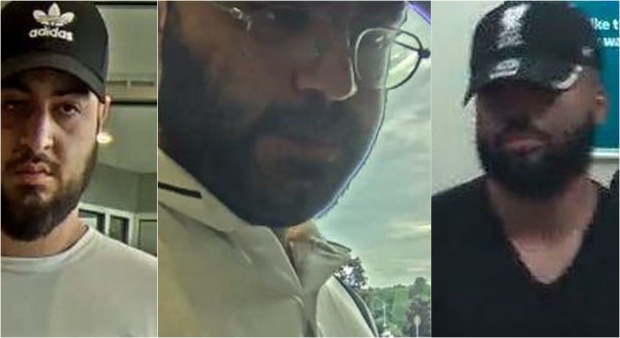 Police in July released other photos of the three men. (Toronto police handout)

Douglas-Cook says the suspects allegedly paid for the pizza and then delivered it to its intended customers.

But when the victims went to pay using their debit cards, Douglas-Cook says they were allegedly presented with a fraudulent machine that would either stop working or get left in the pizza delivery car, prompting one of the suspects to take the machine -- along with victims' debit cards -- back to their car, compromising their cards

Once out of view, police say one of the suspects would allegedly switch the debit card with a similar looking, non-active card that they would hand back to the victims.

Police allege the suspects would then leave the home, find a nearby ATM and withdraw cash.

In one case on July 13, police say they were called after a pizza delivery man left.

They say the victims became suspicious when their delivery man showed up without the pizza store's typical insulated delivery bag.

While delivering the pizza, the suspect allegedly told them he forgot the debit machine in the car, and took the victims' card back to his vehicle to perform the transaction.

After the suspect left, police say the victims called the pizza company to report what they felt was "strange behaviour," where they were informed the real delivery person never made it to their front door.

Photos of the suspects has been released by police with the hope someone can identify them.