TORONTO -- It’s a journey back in time to life on the Nile thousands of years ago.

“This is not an exhibition of the royal goods, the Pharaohs and the Queens,” says Dr. Krzysztof Grzymski, Senior Curator at the Royal Ontario Museum. “This is an exhibition about the life and deaths of ordinary people.”

‘Egyptian Mummies: Ancient Lives, New Discoveries’ is the newest exhibit coming to the Royal Ontario Museum. It focuses on six mummified individuals, exploring their lives and age of death.

“You learn about their biography, and then it expands into the daily ephemera that would have made up their life,” explains Laura Robb, Interpretive Planner at The ROM.

“What we tried to do with this exhibition is try to understand how those individuals lived in ancient times,” says Dr. Marie Vandenbeusch, Project Curator at the British Museum. “How they died, and how they were prepared using all sorts of recent technologies.”

One of those recent technologies is a 3D CT scanner that can get close to the mummified remains without unwrapping them. 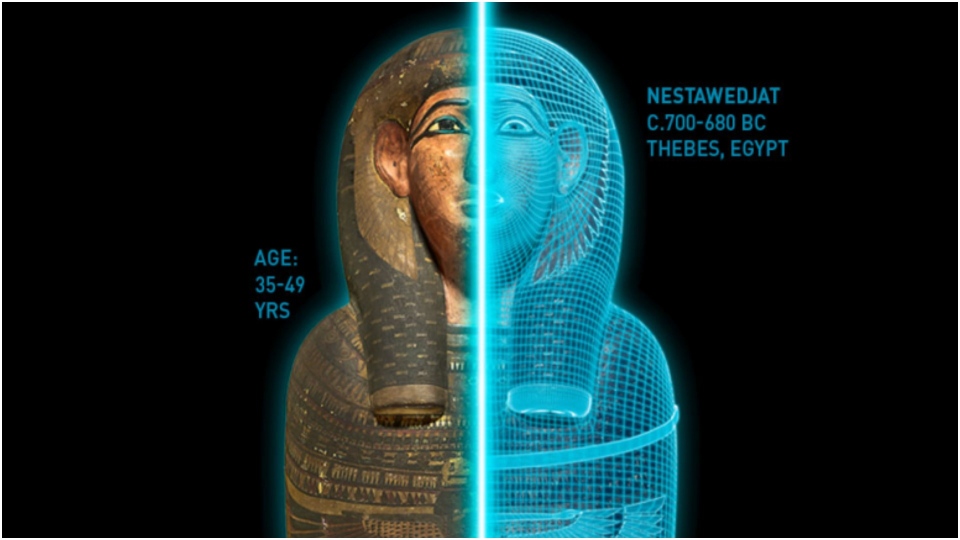 “We actually know relatively little about mummification, so we’ve been able to share insights about their lives,” says Dr. Daniel Antoine, curator of Bioarchaeology at the British Museum. “We were able to find out the mummy Tamut had a risk of cardiovascular disease. By doing this research we can show that people over 2,000 years ago were suffering from the same conditions we do today.”

In addition to showing how the mummies may have suffered, the exhibition also celebrates how they lived.

“They were drinking wine and beer, they were eating fruits, they had toys like children,” Grzymski tells CTV News Toronto. “So the exhibition brings back to life not the six individuals, but their lifestyle.”

‘Egyptian Mummies: Ancient Lives, New Discoveries’ was curated by The British Museum. Due to the COVID-19 pandemic, the curators themselves were unable to travel to Canada for the final stop on their museum tour.

“We’re both really sad not to be in Toronto right now,” says Vandenbeusch.

“Unfortunately in this current climate we can’t,” Antoine agrees. “But it’s a privilege to be able to share our work and our research.”

Antoine and Vandenbeusch trust, however, that visitors to the ROM will enjoy exploring Ancient Egypt in a modern way.

“That’s really what we want visitors to get, this connection between people who lived thousands of years ago, and where we are today,” explains Robb.

The exhibit begins this Saturday, September 19 at The ROM, and will be on until Saturday, March 21.