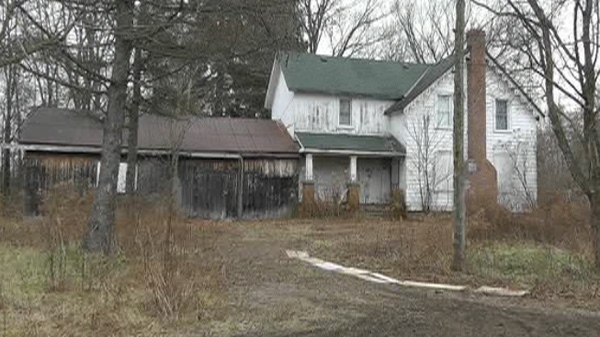 Durham police found what appears to be a confinement room in this old abandoned farmhouse east of Toronto.

PICKERING, Ont.- A new charge has been laid against a man accused of building a confinement room in an old farmhouse east of Toronto that later burned down.

Robert White, 44, of Oshawa, Ont., was charged last month with break and enter with intent.

Police say no details of the new charge laid Wednesday are being released.

White is accused of building the room and planning to use it for a criminal purpose.

But there's no indication the room was ever used to hold someone captive.

Contractors surveying the property found the room in the basement of the farmhouse, which was slated for demolition, in December.

Police said at the time the room was recently built and looked like it was "solely designed to hold someone captive."