A Toronto tech startup has garnered the support of Microsoft and new funding by the Canadian government.

AccessNow is an app available on Google Play and the Apple App Store, allowing users to discover more than 26,000 accessible and nonaccessible pinned locations in 35 countries around the world. 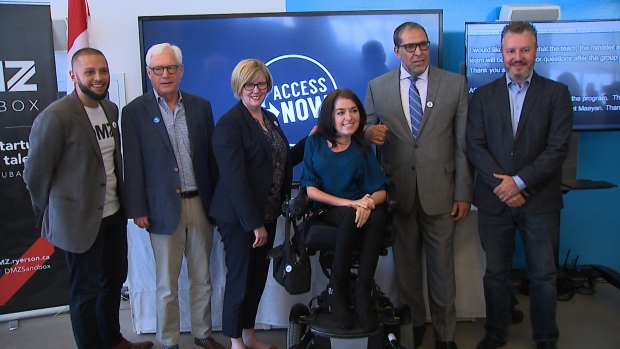 Users can also add locations to the crowd-sourced database and update the accessibility status of locations on an interactive map.

Maayan Ziv, a 29-year-old Ryerson graduate living with muscular dystrophy, came up with the idea after keeping a "mental map" of businesses across the city that she could enter and feel welcome. 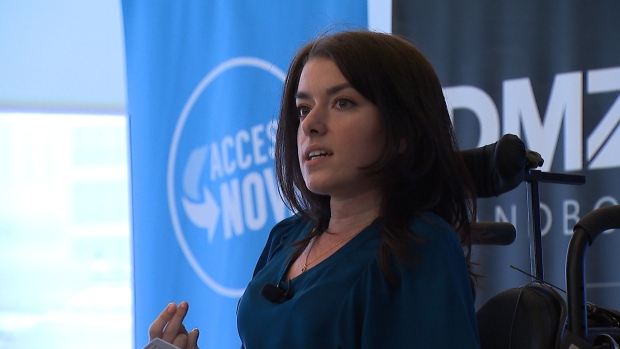 During the development of AccessNow, Ziv who is the founder and CEO, learned that she wasn't the only person memorizing every location that was accessible.

The Honourable Carla Qualtrough, Minister of Public Services and Procurement and Accessibility, on behalf of the Honourable Navdeep Bains, Minister of Innovation, Science and Economic Development, announced this morning the federal government will invest over $2.7 million in AccessNow.

The funding comes from the $22.3 million federal Accessible Technology Program.

“Our government’s investment in AccessNow is an investment in Canadians with disabilities and an inclusive economy," Qualtroughin said.

"By supporting the full participation of persons with disabilities in their communities and workplaces, we are creating opportunities so that every Canadian has a fair chance at success."

"AccessNow is doing great work in removing barriers to accessibility and with this funding can continue to do so on an even greater scale.”

Ziv hopes the app will engage people with or without disabilities to share information about accessibility and create an overall more accessible ecosystem for people.