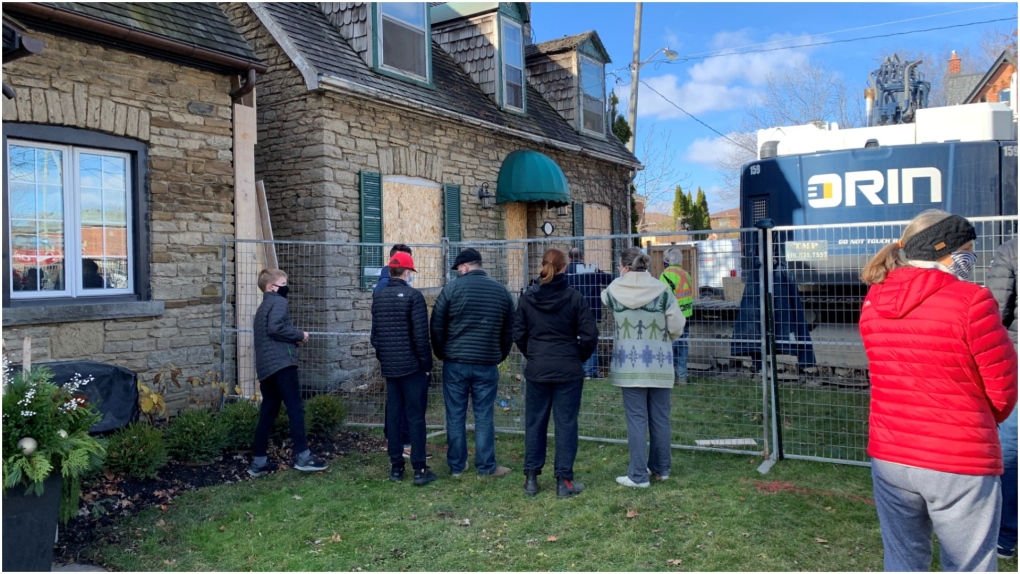 Protesters are seen gathered outside of a property in Mimico that could be demolished before it is approved for heritage status. (Cindy Bleeks)

TORONTO -- A historic stone cottage in Toronto’s west-end is surrounded by protesters, construction equipment and police officers Saturday afternoon as the property could soon be demolished despite a pending application to the city’s heritage register.

The home at 98 Superior Avenue is one of three properties in the Mimico neighbourhood that city staff recently determined has “cultural heritage value” due to its early 1900s construction and unique use of stone cladding.

The vote to be added to the register is scheduled to take place on Monday, but the house could be demolished before then, according to those who live in the area.

“We just don’t want a heritage home torn down,” Cindy Bleeks, who lives next door in one of the homes up for heritage status, said. “It’s the sweetest house. Everybody stops in the neighbourhood and asks us what the history is.”

According to Bleeks, she and other neighbours were hoping that the new owner would be “fixing up” the property after it sold last year.

Instead, by way of a committee of adjustment hearing this summer, Bleeks said the neighbourhood was informed the historic home would soon be replaced by a triplex.

The city’s website shows that a permit to demolish the property was issued on Nov. 25 and Bleeks said she believes the owner is trying rush the process before the heritage status is approved.

“If not today, [it will be demolished] tomorrow or first thing Monday morning,” she said.

In the meantime, two women could be seen seated on the doorstep of the property at 98 Superior Avenue in an act of protest.

In a statement to CTV News Toronto, police said that they were called to the scene for a report of a dispute. A city bylaw officer has also been requested to advise on the situation, police said. 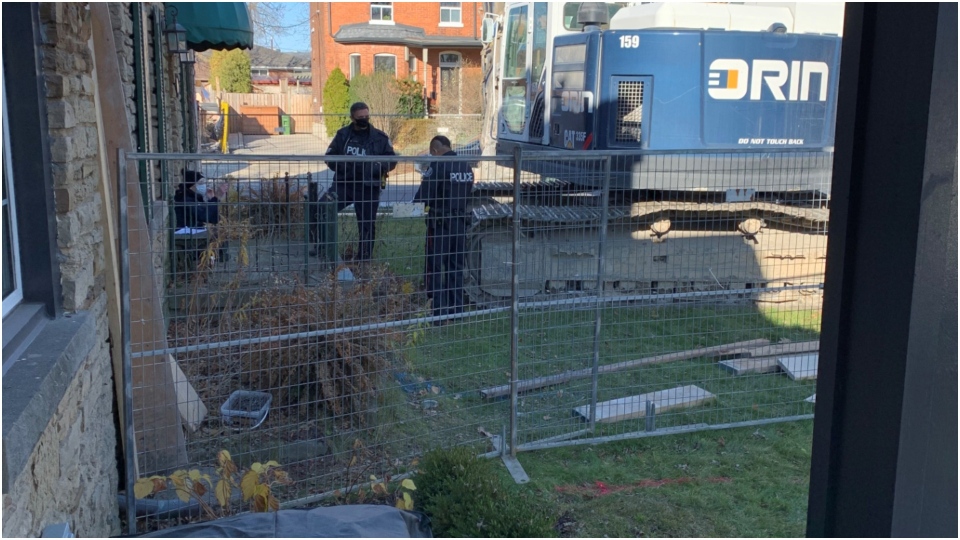