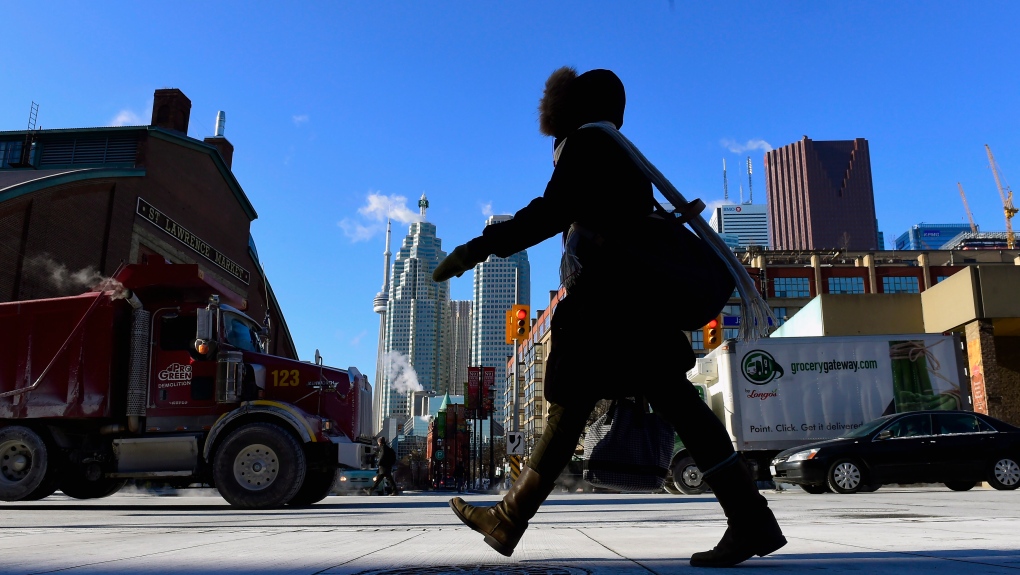 TORONTO -- Nearly seven out of 10 downtown office workers say they would feel comfortable returning to their workplaces amid the COVID-19 pandemic, a new survey has found.

Nanos surveyed 507 downtown workers, including 385 people that work in offices.

It found that 64 per cent of all those people surveyed feel comfortable with the prospect of working at their downtown places of employment right now, even as the pandemic continues to drag on.

The level of comfort was even higher among office workers, 68 per cent of whom expressed some degree of comfort with working on location downtown.

The survey comes with Toronto still under a strict stay-at-home order and lockdown.

Some public health restrictions, however, could be lifted in the city as soon as March 8 if Toronto re-enters the provincial framework at that time. .

Last week Medical Officer of Health Dr. Eileen de Villa told CP24 that there may be “some balance of remote work and physical in-person work” that will continue even once the majority of the population has been vaccinated.

But the survey seems to suggest that many downtown workers are eager to get back to the office, with some caveats.

About 83 per cent of respondents said that their comfort level would improve if they felt the return to work was safe from a “public health perspective.”

A similar percentage of respondents – 81 per cent and 80 per cent respectively – also said that they would want to feel that it is safe to be in their workplace neighbourhood and to travel to work.

Asked what they like most about working downtown, a plurality of respondents (15.8 per cent) cited the vibe and energy while another 14.3 per cent mentioned the convenience and 13.1 per cent said the amenities that are available to them.

The survey was conducted between Jan. 29th and Feb. 5th on behalf of the Toronto Region Board of Trade.

It therefor predated the recent rise in cases in some jurisdictions as well as some warnings from public health officials about the potential of a third wave.