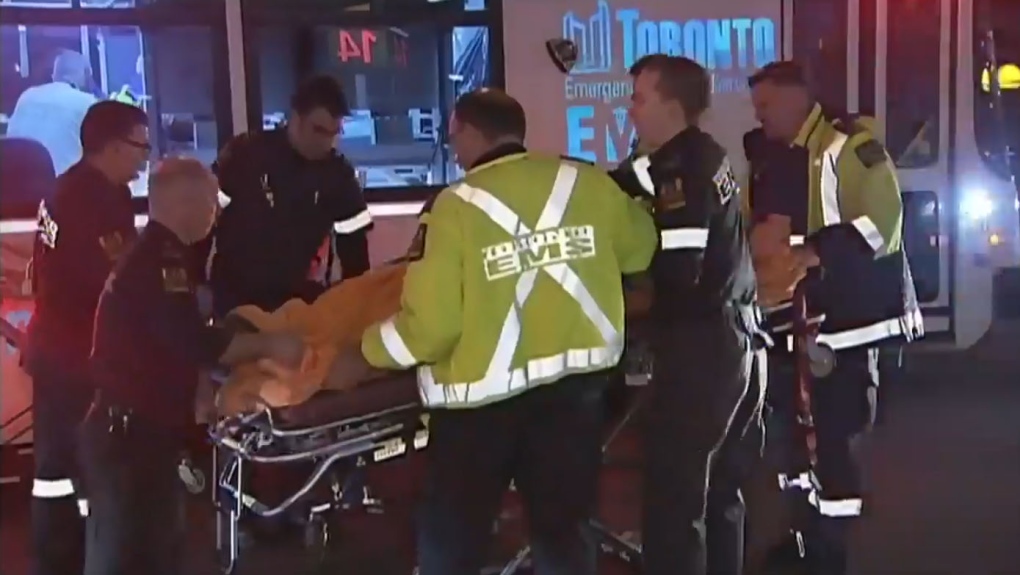 Paramedics transport a person who became ill while attending an Avicii concert at Rogers Centre in Toronto on Saturday, May 17, 2014.

Alcohol or drug use sent 29 people to hospital with various degrees of illness on Saturday night after an Avicii concert at Toronto’s Rogers Centre.

Rogers Centre had its own medics for the sold out, all-ages electronic dance concert and EMS was not on standby, paramedics said. But staff at the 20,000-seat venue quickly became “overwhelmed” by the number of sick patrons, and that’s when they called EMS to take over, paramedics said.

“Unfortunately we have a few kids … excessive alcohol and partying and they can’t handle it,” EMS commander Peter Rotolo told CP24 on Saturday.

Five people were in serious condition but all are expected to fully recover, paramedics said.

Police arrested one concertgoer and at least one other was treated for drug use, paramedics said.

“There’s a lot of people here and a few don’t spoil it for the rest,” Rotolo said.

“This only proves that it doesn’t matter whether these events are held on privately owned or government lands, they are dangerous events to hold as ‘all-ages,’ allowing kids to be present,” he said in a news release.

Mammoliti said he’ll ask city council to bill Ink Entertainment for the cost of sending EMS to deal with the illnesses.

He also blamed parents for sending their underage children to the concert unaccompanied.

“I want to call out all the irresponsible parents who would let their kids go alone to an event of this nature,” Mammoliti said in the statement. “They say it takes a village to raise a child and, as a member of that village, I want to stop the irresponsible decisions made by other parents.”