TORONTO -- Four people are facing nearly 100 criminal charges after Toronto police took down an “organized hierarchy” they allege was committing millions of dollars in identity theft and financial frauds.

The investigation, which was dubbed Project Hydra, began more than a year ago after police began looking into multiple occurrences of identity fraud and bank account takeovers.

According to police, suspects would steal identities and personal banking information of unsuspecting victims and use the information to create fraudulent identifications. The suspects would then employ others to enter financial institutions to open or take over bank accounts, police said.

Investigators were eventually able to determine where suspects would pick up the fake IDs. On Sept. 2, Toronto police obtained six search warrants and took three people into custody.

A fourth person was arrested on Sept. 24.

While conducting the search warrants, police seized numerous fraudulent identifications, electronic evidence such as hard drives and cell phones, $70,000 in cash, and a Porsche Panamera valued at about $100,000. 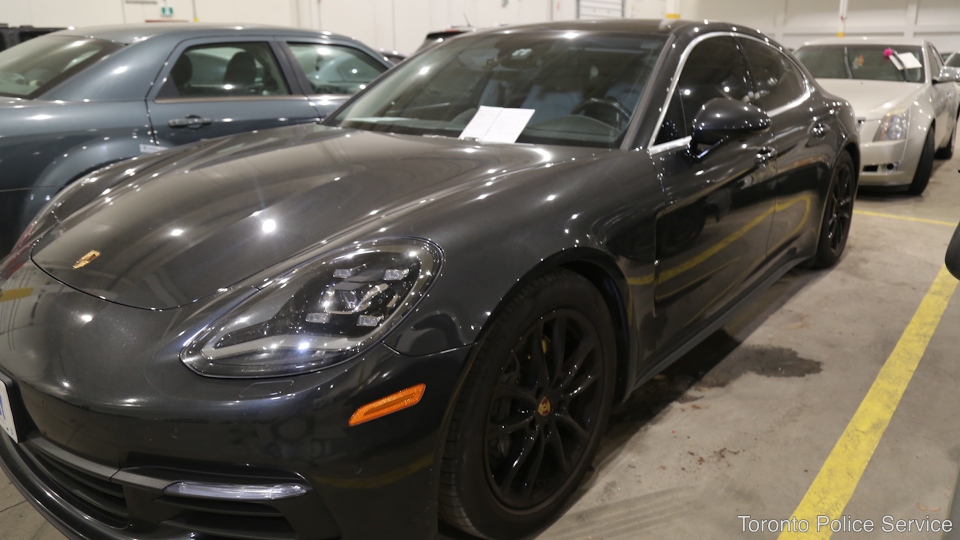 In a news release issued Thursday, police identified the four suspects as Vladislav Tsyganok, 25, Jamal Karama Sharif, 34, Asmerom Tsegay, 31, and Nadia Campitelli, 46, and said they are facing nearly 100 criminal charges combined. The offences include trafficking in identity information, fraud over and under $5,000, identity theft and personation to obtain property interest.

In addition to the cash and fake IDs, investigators also discovered a business believed to be involved in the distribution of fraudulent gift cards.

“Through the course of this investigation we also found that this group was tampering with gift cards from retail merchants and they had a large volume of gift cards that had been tampered with,” Insp. Peter Callaghan from the Financial Crimes Unit said in a statement.

“The financial information on those cards had been compromised and they were ready to be placed back in stores for customers to purchase.” 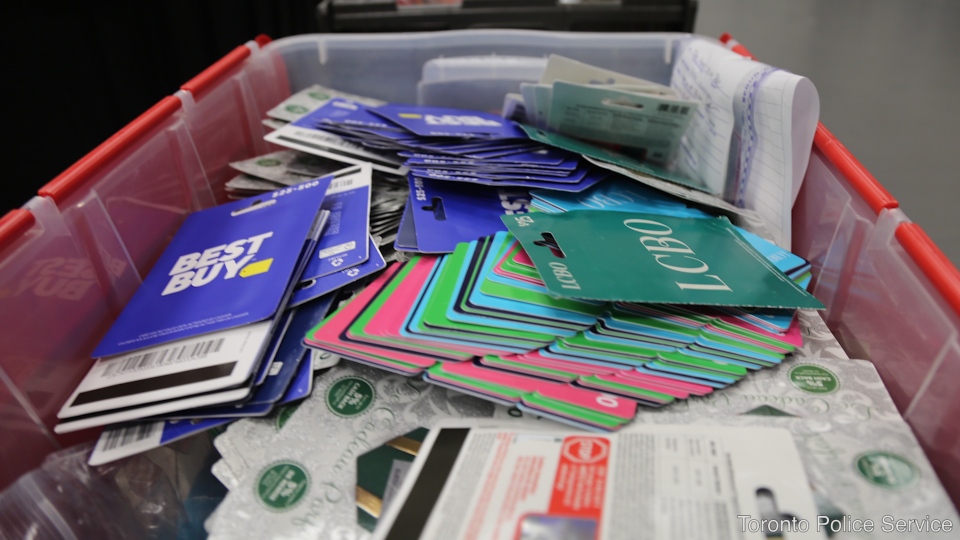 Callaghan warned customers to physically examine gift cards for signs of tampering around the PIN number and barcode. He also urged merchants to place gift cards either behind the cash or in a protected area.

The investigation into the gift cards is ongoing and police say that more arrests or charges are possible.