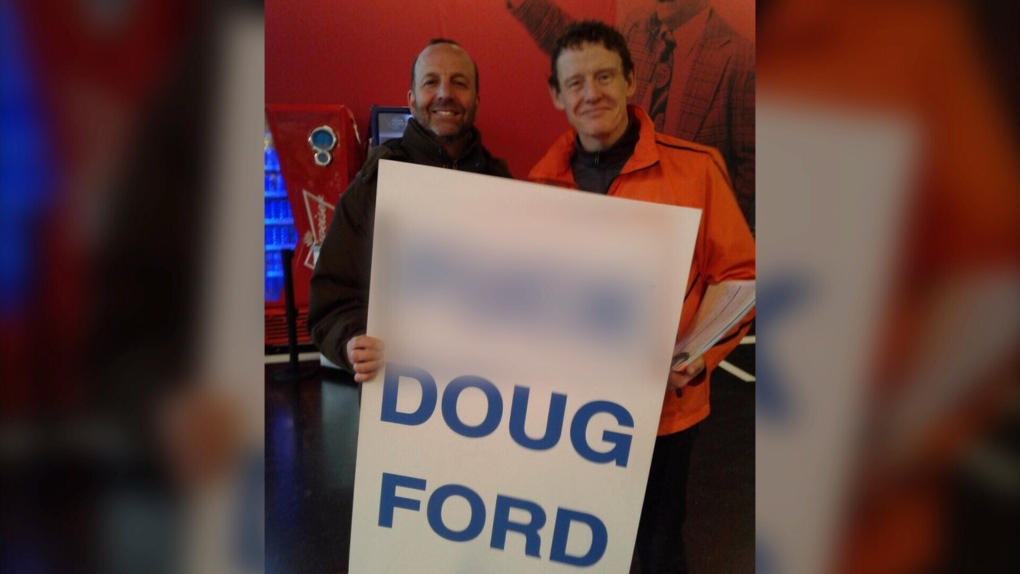 QUEEN'S PARK -- An Ontario New Democratic MPP has apologized to Premier Doug Ford after posing with a sign emblazoned with the words "F*** Doug Ford."

NDP leader Andrea Horwath says the action was "absolutely not acceptable," adding Harden offered an apology to the premier on Monday during Question Period and that the "premier accepted the apology."

"I'm glad that he apologized to the premier. It's never appropriate to have that scenario unfold and I'm glad that the premier accepted the apology," Horwath said Tuesday.

A spokesperson from the Premier's Office confirmed to CTV News Toronto that Ford accepted the apology but offered a sharp rebuke of the NDP.

"We believe in raising the decorum of our political discourse. It’s clear based on their past and current behaviour that the NDP caucus do not share this goal," spokesperson Ivana Yelich said in a statement.

“I didn’t read the fine print on the bottom of that sign and I have apologized personally to Mr. Ford," Horwath told reporters at the time.

Horwath says her party continues to "re-enforce" the message with New Democrat MPPs to read signs being held by protesters before taking pictures.

"We've asked our MPPs on a couple of occasions to be very careful about that because this is exactly the outcome that can occur and it looks bad on everybody, it's just not appropriate," Horwath said.

Horwath sidestepped questions about whether Harden will remain in caucus and said she takes Harden's explanation at "face value."

"His suggestion is that he didn't realize what the sign said and as soon as he saw it he realized that it was a problem."