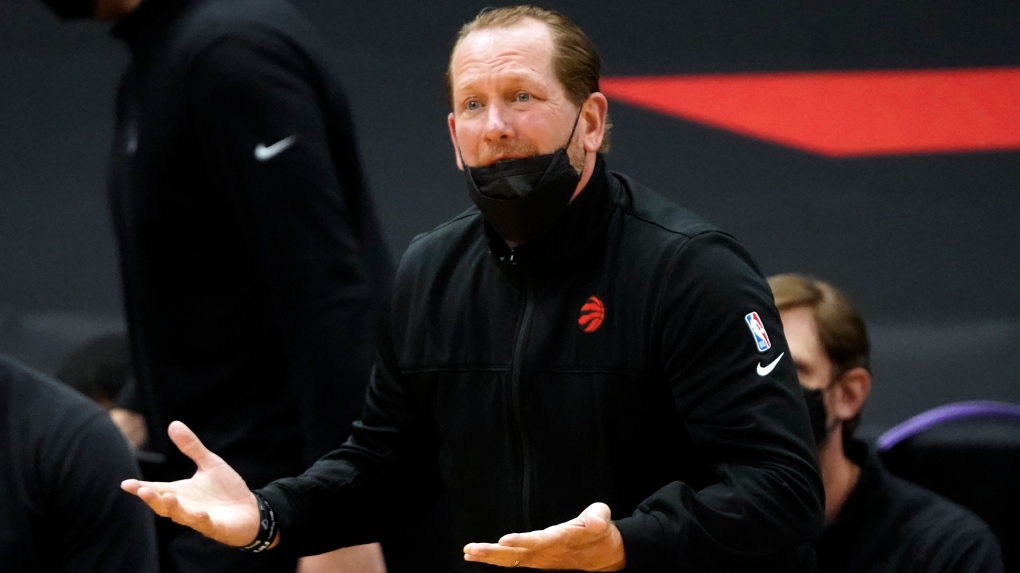 TORONTO -- The NBA has handed Raptors head coach Nick Nurse a US$50,000 fine for his actions in Toronto's 115-112 loss to the Utah Jazz on Friday night at Amalie Arena.

Nurse was fined for throwing his face mask behind the scorer's table and toward the spectator stands, and for directing profanity toward game officials before exiting the court, NBA executive vice-president of basketball operations Kiki VanDeWeghe said Sunday in a release.

The incident occurred after Pascal Siakam missed a three-point attempt at the buzzer that could have tied the game.

Nurse watched the final play while squatting near the sideline. When the ball rattled around the rim before falling out, Nurse ripped off his facemask and flung it over the table and towards the boards.

A few people were stationed nearby but fans were not in the area as courtside seats in that section are tarped off.

The Jazz took 41 free throws, compared with the Raptors' 14. After the game, Nurse said it "just didn't seem like they were going to let us win tonight," without offering specifics.

The 27-shot difference in free throw attempts between the teams was the second largest in the NBA this season, topped by the 28-shot difference Houston had over Golden State on Wednesday.

Entering play Sunday, the Raptors were shooting 4.5 free throws per game fewer than opponents this season, the second-largest disparity in the league. Chicago takes 5.0 fewer per game than its opponents.

This report by The Canadian Press was first published March 21, 2021.

-- With files from The Associated Press