TORONTO -- Ontarians are navigating new freedoms after the province lifted some restrictions around having close contract with people outside their households, at social gatherings and outdoor ceremonies.

That means couples can now say “I do” surrounded by some of their friends and families, even if it is in a park and during a pandemic.

That was the option taken by newlyweds Diana Kurzeja and Ben Kilmurrary, though it was admittedly not what they had imagined for their special day.

She is Canadian. He is from Ireland and they didn't want to delay tying the knot any longer.

“I feel like it's such a unique way to get married that I wouldn't change anything about it,” said Kurzeja.

“Me either,” said Kilmurray.

With physical distancing, outdoor wedding ceremonies can now include 50 attendees while other social gatherings allow for 10 people outside your household. The changes mean Kurzeja was able to include her parents.

Tade Credgeur is a reverend and married the happy couple on Sunday.

Credgeur runs The Marrying Lady and told CTV News Toronto that many of the recent marriages she’s performed have been for pressing reasons, with couples not wanting to postpone, and says the ceremonies have been working under the guidelines.

“It's still emotional. Even though it's not the ideal. It's still special,” said Credgeur. 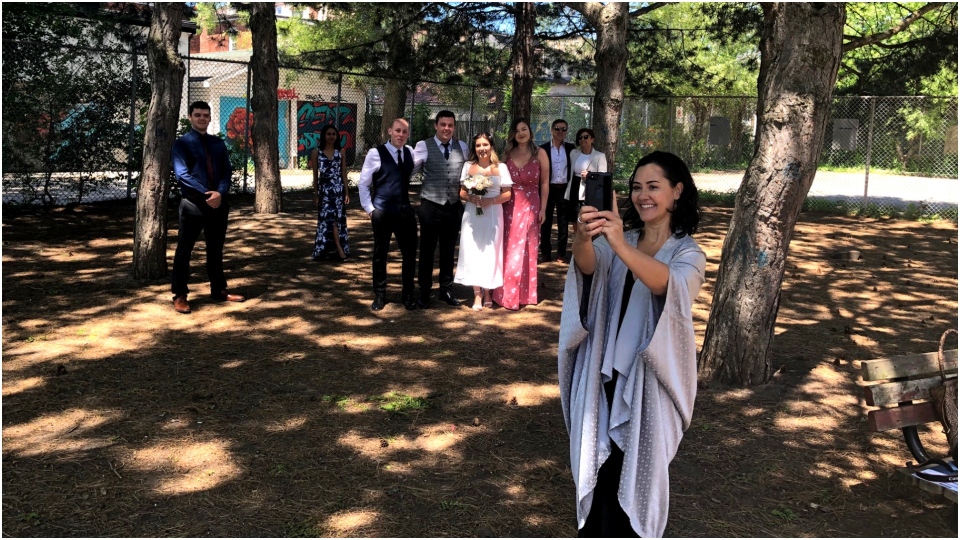 Choosing how to expand your close social circle of 10

The Ontario government has also allowed residents to expand their close social circle from their immediate household to 10 — these are the people who you can now share a meal with or even a hug.

“There is no magic number of 10. 10 is the maximum but certainly people might not be comfortable with that, and might only want to have a smaller group of people that they truly trust or want to associate with where they’re not able to practice social distancing and that's fine,” said Dr. Isaac Bogoch, an infectious disease specialist at Toronto General Hospital.

Bogoch said other considerations may include vulnerable people within your circle and having similar values.

Ria Patel has talked about social circles with her family, and isn’t planning to immediately grow her bubble, but has thought of questions she’d be interested in asking before joining one.

“Who is in their circle, are you sticking to the 10, are they relatively healthy, how often do you see them, and go off that,” Patel said.

Similarly, Colin Furness is an infection control epidemiologist and assistant professor in the faculty of information at the University of Toronto and says you should be outdoors “where possible” when socializing.