'My last words to each of them was that I loved them': Oshawa mom speaks at funeral for husband, 3 children

TORONTO -- Speaking in front of a small group of family and close friends at an Oshawa, Ont. church on Thursday, Loretta Traynor and her only surviving son Sam opened up about their grief and shared happy memories of their four murdered family members who were "taken too soon, too violently, and without warning" when they were shot and killed inside their home earlier this month.

During the funeral service for her husband Chris and three of their children, 20-year-old Bradley, 15-year-old Adelaide, and 11-year-old Joey, on Thursday morning, Loretta Traynor sat in a wheelchair in front of their four coffins inside St. Mary of the People Parish and described the joy her family brought to her life but also addressed the "dark places" she has found herself in since they were killed nearly two weeks ago. 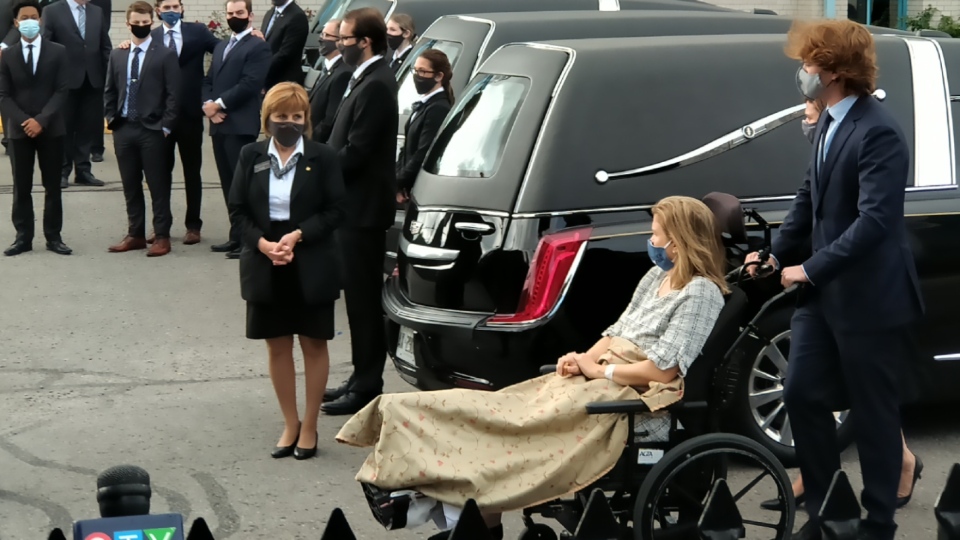 "In no way, shape or form can I believe that good will come out of this tragedy. I can't and I won't accept it. But what I have to take with me is that light that I have found from all of you. You have given me a lens into my family's lives that I didn't have and that is a gift for which I am forever grateful," she said during her tearful eulogy.

The four family members were shot and killed in the early morning hours of Sept. 4 by a suspect identified by police as 48-year-old Winnipeg resident Mitchell Lapa, a relative of the family who was an "uninvited person" at their Oshawa home.

Traynor was wounded in the shooting and her eldest son Sam was not home at the time.

"My last words to each of them was that I loved them," Traynor said on Thursday. 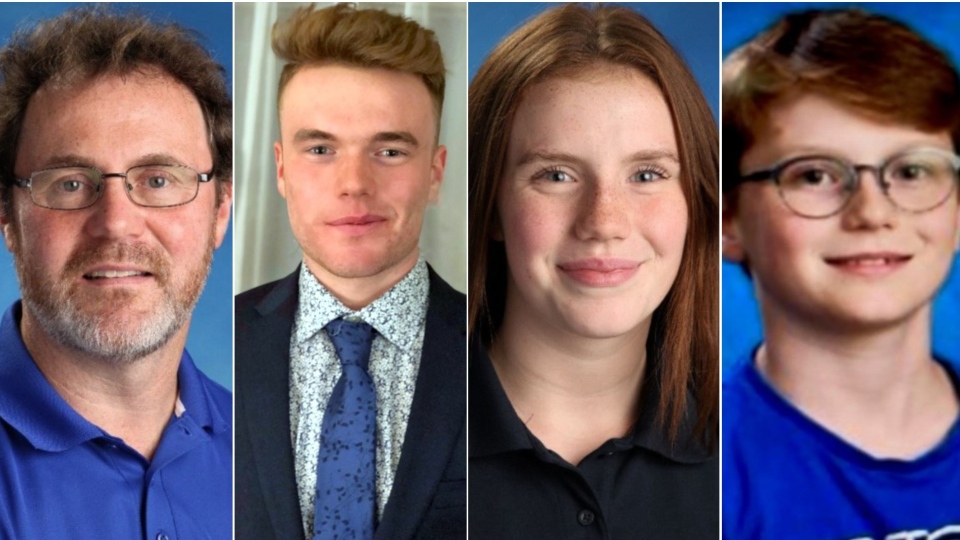 Traynor described her husband as a "social and adventurous" person who loved to make her laugh.

"As you can expect after 23 years of marriage, I've pretty much heard all of his stories, probably about 23 times or more. But even so he tried harder than ever to find something that would make me laugh and once in a while he did. And boy did I laugh," she said.

Adelaide, she said, would most accurately be described as a "firecracker and a flower wrapped up into one."

"Adelaide was beautiful, smart, and she loved life," her mother said.

She joked that while her son Bradley always had a smile on his face, the family gauged his mood by deciphering his signature "groans."

"He had a groan for everything," she said. "And as a family, we were going to compile and publish a Bradley's groan manual for the people in his life. Bradley was kind, honest and loving, and you only had to look at his face and the way he interacted with anyone to see that.”

Her son Joey, she said, had an "infectious laugh" that made "people want to pick him up and make him laugh even more."

'The happiness they brought us is greater than any evil'

"It has been a week and we have all been in many places. We have been in dark places, devastated places, places of loss, and even places of happiness. We have all done, so far, what we've needed to do to get from one day to the next and sometimes that seems like an impossible task," Traynor said.

"Through all the thoughts and emotions running through me, I did realize one thing. That the light that has shone on our family in the last week and a half far outweighs the shadows I have felt. And with that we can move forward."

She urged people to honour her late family by doing the things they loved to do.

"Let's have those NBA 2K21 games and stack our teams with the best players ever and think of Joey. Take lots of lots of selfies with the ones we love and change our home screens with those pics like Adelaide did," she said.

"Have those backyard barbeques and raise a glass for Bradley. And finally, please go find the best, worst dad joke ever and say it in memory of Chris. They would all be honoured if you did that for them."

Sam Traynor said the loss of his father, brothers, and sister has made him truly understand the impact they had on those around them.

"I heard this quote somewhere… 'I don't know what's more powerful, the shock of what happened or the pain of what never will.' I originally thought that nothing could be worse than the shock, but then the pain set in," he said. 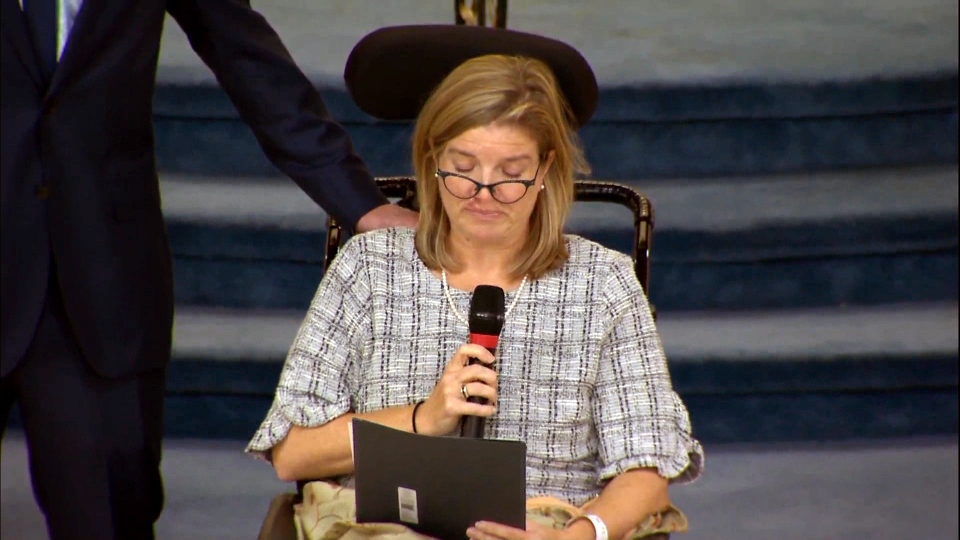 "And while there hasn't been much certainty over the past couple weeks, I have been certain of one thing. More powerful than both the shock and the pain is the happiness. The happiness that they brought us is greater than any evil. It is something I will cherish for the rest of my life."

He lamented over the experiences he won’t be able to share with his father and siblings.

"I wish dad could have seen me graduate from university and I wish he could have seen the leafs win a cup... I wish Bradley could be the best man at my wedding. I wish I could watch Adelaide grow into the powerful young woman I could already see her becoming," he said.

"I wish I could see Joey achieve his dreams of playing for the Dodgers. Saying goodbye to you four has been the hardest thing I've ever had to do. I will always love you guys. And mom and I will miss you every day until we see you again."