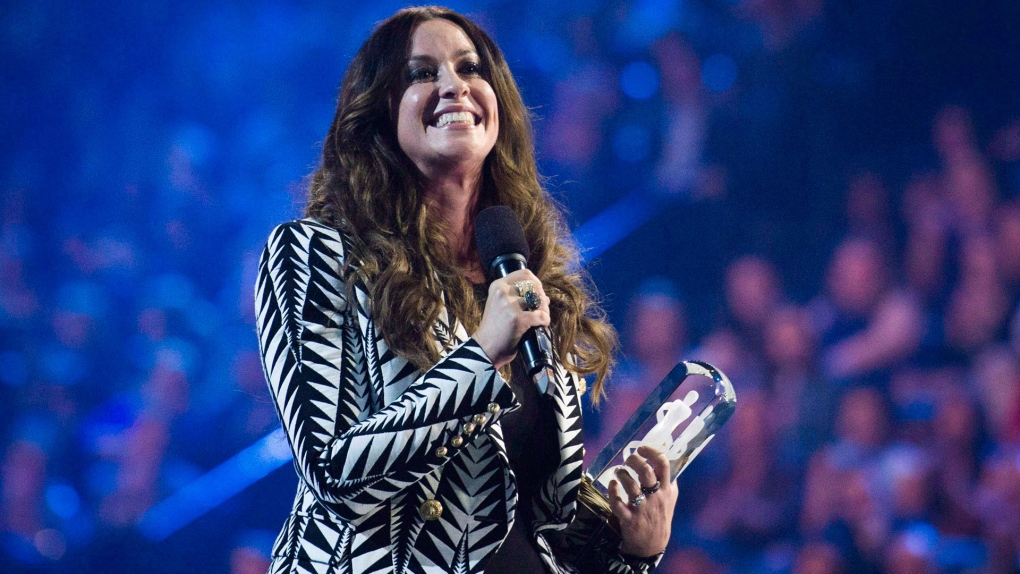 Artist Alanis Morissette receives her achievement from the Canadian Music Hall of Fame during the 2015 Juno Awards in Hamilton, Ont., on Sunday, March 15, 2015. THE CANADIAN PRESS/Nathan Denette

The announcement was made on Twitter on Monday that the show of the same name as Morissette's seminal 1995 album will open in New York this fall.

With a book from Oscar-winning screenwriter Diablo Cody, the musical draws from Morissette's songs to touch on themes about drug abuse and sexual violence.

While the pop singer isn't directly involved, the show features many of Morissette's angsty hits including "Hand In My Pocket," "You Oughta Know" and "Ironic."

The production made its world premiere last year with a sold-out run at the American Repertory Theater in Cambridge, Mass.

Producers told The New York Times that tweaks will be made to the show, which spent several years in development.