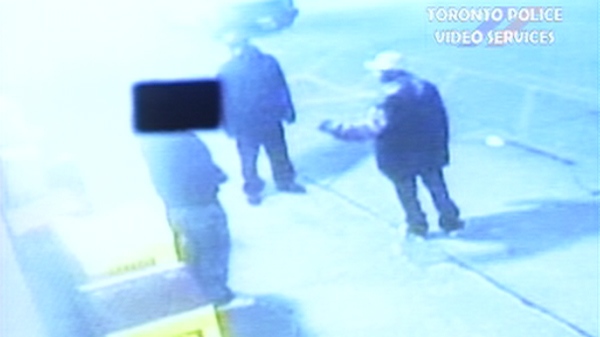 Toronto police have released security camera footage and images of two suspects wanted in connection with the shooting death of John Kang, 21.

TORONTO - Police have issued a Canada-wide first-degree murder warrant for a Toronto teen in a fatal shooting on May 26.

John Kang, 21, was shot outside a fast food restaurant near Victoria Park and Finch Avenue East.

Kang was rushed to hospital where he was pronounced dead.

Earlier this week, police released a security video of two men approaching Kang and his friend in what appeared to be a robbery.

Toronto police say Henok Mebratu, 18, is considered armed and dangerous and warn he shouldn't be approached.