Toronto police are looking to speak with two individuals seen exiting a vehicle parked in an Etobicoke plaza 19 hours before a 21-year-old man was found dead inside of it.

“I believe they have some very vital information,” Det.-Sgt. Andy Singh told reporters at a news conference held on Monday morning.

Last month, on Sept. 29, Amir Naraine was found suffering from a gunshot wound in the back of his vehicle at a plaza located in the area of Kipling Avenue and Steeles Avenue West.

The vehicle, described as a Black Chevrolet Malibu, was initially dropped at the plaza just after midnight on that day, but police were not called to the scene until 7:30 p.m.

Naraine was pronounced dead at the scene when emergency crews arrived. 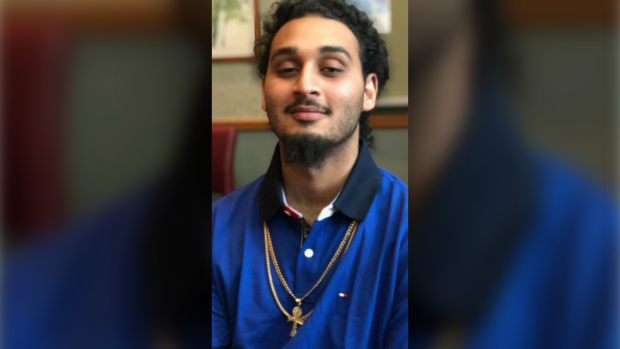 Singh said at the time that investigators believed Naraine may have still been alive when the vehicle was initially abandoned and those who left the scene left him to die.

While updating the case and releasing surveillance camera footage showing the parking lot, Singh told reporters that he is looking to speak with two people seen leaving the vehicle, which was parked incorrectly.

“Through our investigation and through review of surveillance in the area, we have identified that just after midnight two individuals drove Amir’s vehicle and they left it in the plaza parking lot and this is the video footage I’m releasing in relation to that,” he said. “These individuals then left shortly thereafter, leaving Amir in the backseat.”

Singh said he is hopeful investigators can identify these two individuals, who hold “critical information.”

“Hoping for the public’s assistance as they watch this video and look at the physical description of these two individuals and their walking gait to see if they can help in identifying who they are,” he said.

“At this point they are witnesses that we need to speak to.”

The pair was seen leaving the vehicle and walking northbound on Kipling Avenue.

Investigators have also released images of the vehicle Naraine was found in as they appeal for anyone with any further information to come forward. 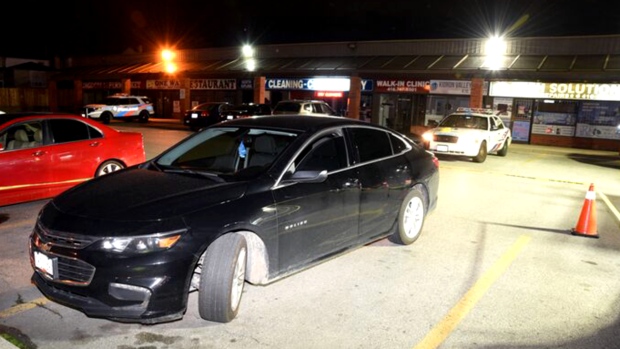 “If anybody saw the black Malibu or Amir on Sept. 28 or Sept. 29 to come forward and speak to investigators as we are trying to recreate the timeline before Amir was dropped off at the plaza,” Singh said. 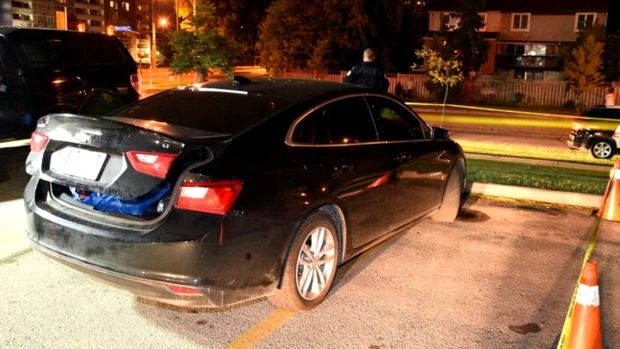 Homicide 51, 2019 - Amir Naraine, 21
UPDATE by Homicide Detective Sergeant Andy Singh
Security footage released. Investigators are looking to speak with the 2 individuals who were seen with Amir in the footage.
Please contact police or crime stoppers with any information. pic.twitter.com/2NZRThx9QW

Singh added that he has spoken to members of Naraine’s family, who described as being “distraught” and “confused.”

“Nothing in their mind could explain how Amir ended up in the backseat of his own car,” he said. “Unfortunately, they are left with a lot of questions, which is what we are trying to establish here.”

Singh said the 21-year-old had left his job prior to his death due to health issues but was looking to get back into the workforce as soon as he could. He was not known to police, Singh added.