TORONTO -- Tensions surrounding the ongoing COVID-19 closures in Windsor-Essex spilled over in the Ontario Legislature on Wednesday, resulting in an NDP MPP calling Premier Doug Ford a "piece of s***."

Taras Natyshak, the MPP for Essex, uttered the phrase during a heated exchange with Ford over the impact of the closures on the region's economy – which remains the only region in Ontario still in Stage 1 of the province’s reopening plan. 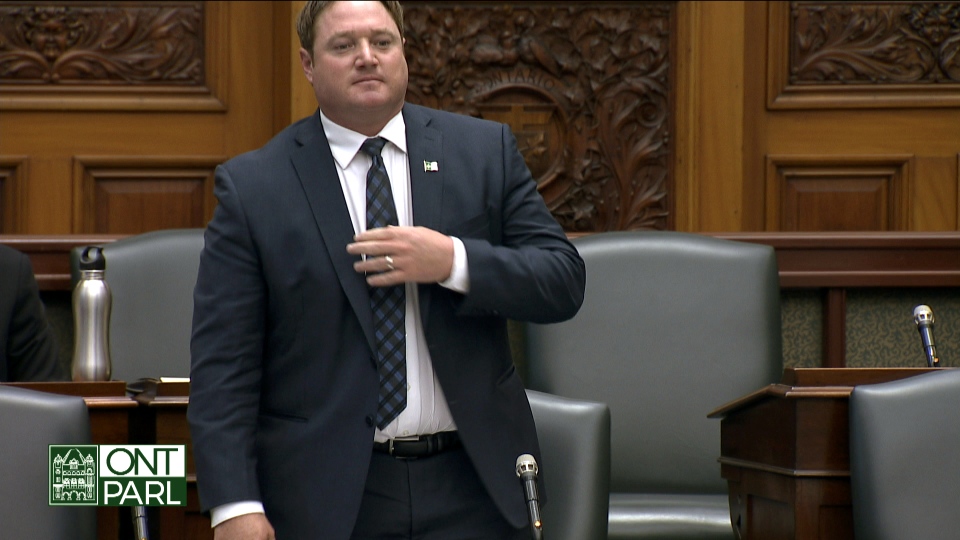 "Our region has undoubtedly been hit harder than others from this pandemic, and despite the lack of leadership provincially, we’ve persevered," Natyshak said.

"A good leader doesn’t leave anyone behind."

Ford, who described the criticism as a "missile," immediately fired back by suggesting Natyshak wasn't serving his constituents properly.

"I’ll tell you what the head of the [farming] association said. They named the member from Essex, without prompting from me, named his name and said he has done absolutely nothing here—absolutely nothing," Ford said.

The comment resulted in a verbal outburst by Natyshak who loudly uttered a phrase that was recorded by the legislative's transcription service, Hansard – an official record of the legislature. 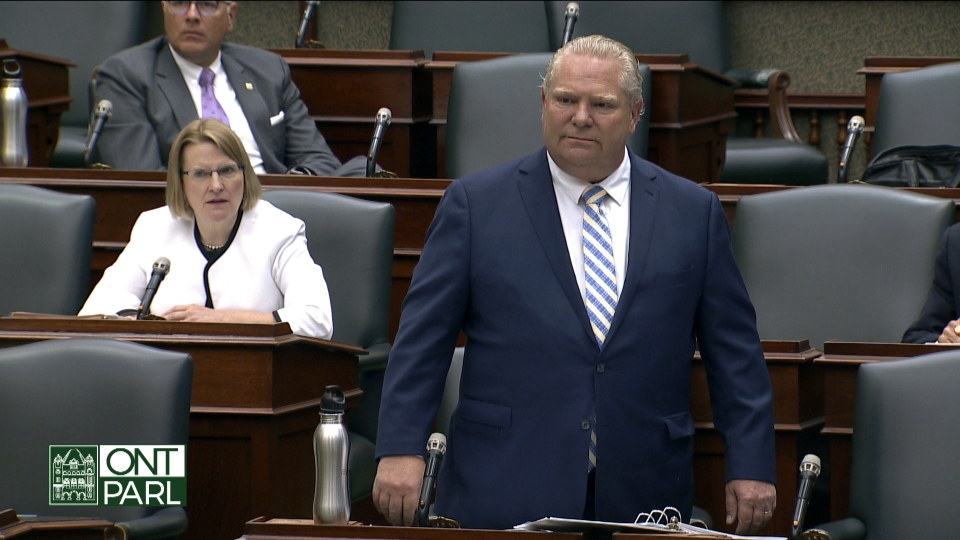 CTV News Toronto spoke with representatives of both the Progressive Conservative party and the NDP, who independently verified Natyshak's comments.

While Natyshak withdrew the comment when asked by Speaker Ted Arnott, he did not offer an apology at the time.

At 2 p.m., he spoke alongside Official Opposition Leader Andrea Horwath and offered an apology to the premier for his comment.

“I try to hold myself to a higher standard and today my frustrations and my fears for my community definitely got the best of me and I apologize.”

On Wednesday afternoon, Ford said that while he has "never heard anyone swear in the over 200 times" he's been inside the legislature, he said he's willing to "move on."

During the premier’s news conference, he announced that Windsor-Essex will move on to Stage 2 on Thursday, except for Leamington and Kingsville.