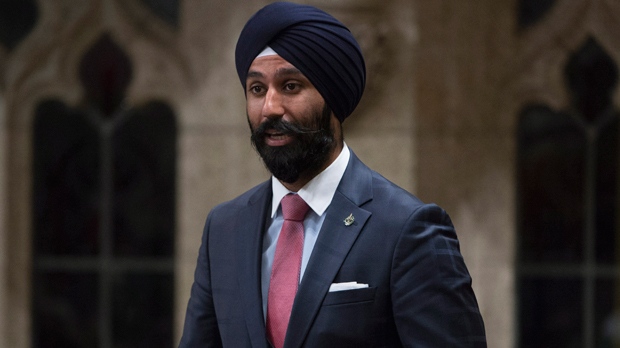 Liberal MP Raj Grewal rises in the House of Commons in Ottawa on Friday, June 3, 2016. THE CANADIAN PRESS/Adrian Wyld

Grewal, elected to represent Brampton East in 2015, informed the PMO earlier this week that “he is undergoing serious personal challenges and receiving treatment from a health professional related to a gambling problem that led him to incur serious personal debts,” PMO spokesperson Chantal Gagnon told CTV News on Friday.

“We hope he receives the support he needs.”

Grewal was the subject of a complaint to the ethics commissioner earlier this year for reportedly bringing a construction company official with him on Prime MinisterJustin Trudeau’s trip to India.

According to the complaint, the executive was reportedly paying Grewal for his services as a lawyer at the time.

“We are aware of inquiries by the RCMP regarding the circumstances that were the subject of a complaint to the Ethics Commissioner about Mr. Grewal earlier this year,” Gagnon said of the complaint.

Gagnon said the PMO is not aware of any investigations by Peel police related to Grewal.

The RCMP said Friday it can neither confirm nor deny an investigation into Grewal is underway.

Grewal, 33, also worked as a financial analyst before becoming a lawyer.