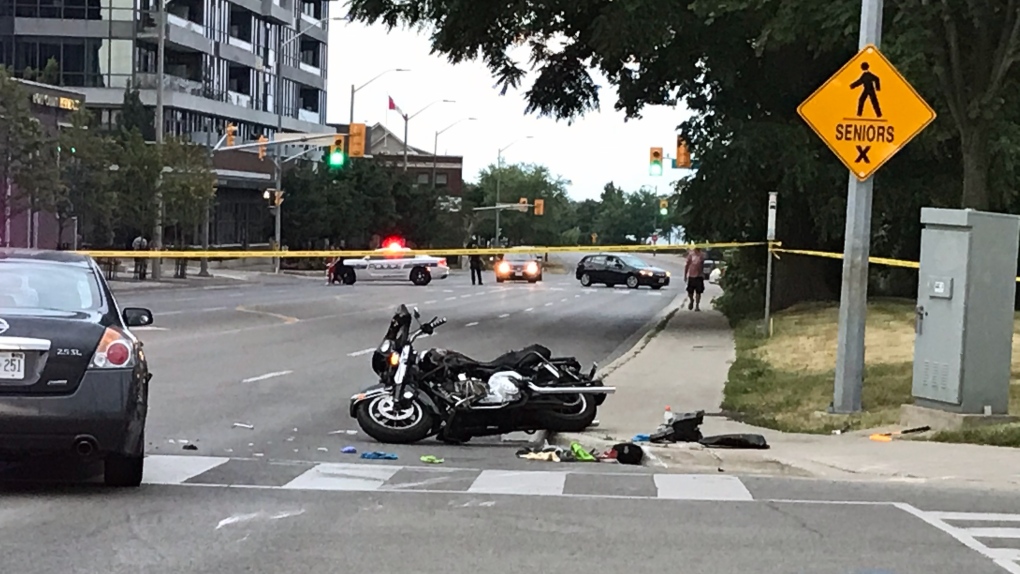 TORONTO -- A male motorcyclist has been rushed to hospital after being struck by a vehicle in Mississauga Friday evening.

Emergency crews were called to the intersection of Hurontario and Park streets, north of Lakeshore Road East, just before 7 p.m.

The vehicle remained at the scene, police say.

The intersection will be shut down as the Major Collision Bureau investigates.