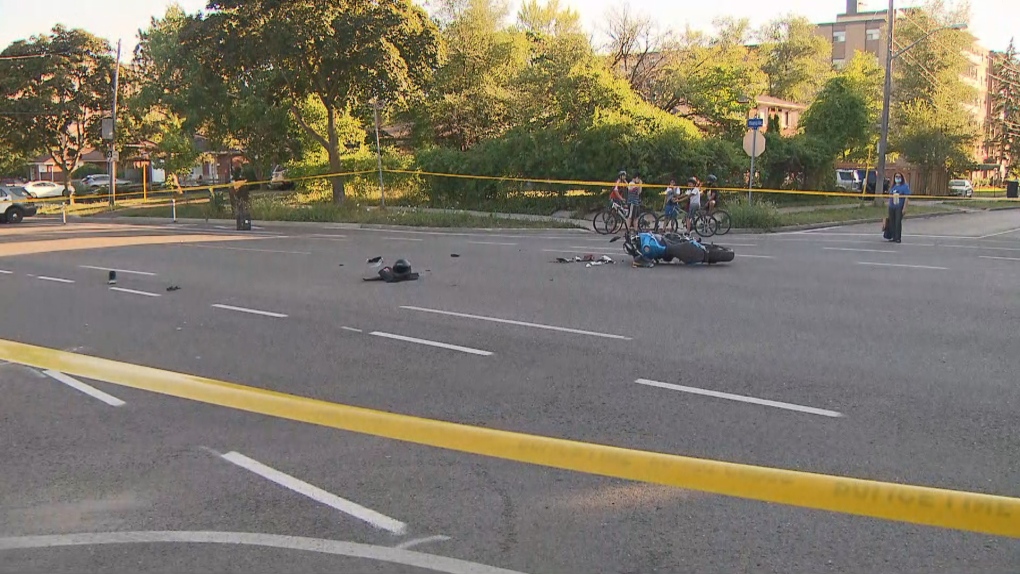 Toronto police are investigating a collision in Scarborough.

TORONTO -- A motorcyclist has been seriously injured in a collision involving a truck in Scarborough Friday night.

Emergency crews were called to the intersection of Brimley and Mandarin Roads, north of St. Clair Avenue East, around 6 p.m.

Sgt. Zee Dhukai from Traffic Services told CP24 a motorcycle and a truck collided at the intersection.

Police initially said the motorcycle became involved in a second collision with another vehicle.

A man in his 30s was taken to a trauma centre in serious condition, paramedics said.

Police said the motorcyclist was conscious when he was transported to hospital.

The driver of the truck remained at the scene, Dhukai said.

When asked if speed was a factor, Dhukai said it is too early in the investigation to determine what caused the crash.

Police have closed the roads in the area for investigation.