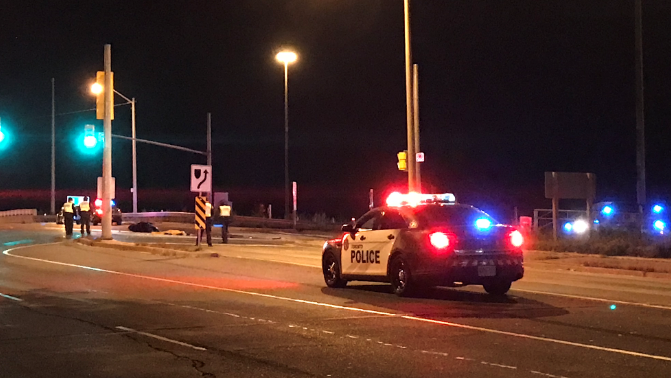 A motorcyclist is dead following a collision near Highway 401 in Scarborough on Thursday evening, Toronto Police say.

A 32-year-old motorcyclist is dead following a collision near Highway 401 in Scarborough on Thursday night, Toronto Police say.

Police told CP24 that the driver of a Mercedes was heading south on Warden near Hwy. 401 when they made a left turn left to go east.

A northbound motorcycle then slammed into the passenger's side of the Mercedes, which had turned into the path of the motorcyclist, according to investigators.

At one point, it appears the motorcycle caught fire.

The rider later died from his injuries, police say.

The driver of the vehicle involved in the crash remained at the scene.

Speed, police say, appears to be a factor in the crash.

Police have not said if charges will be laid in the deadly collision.