Motorcyclist dies in hospital after collision in Oshawa 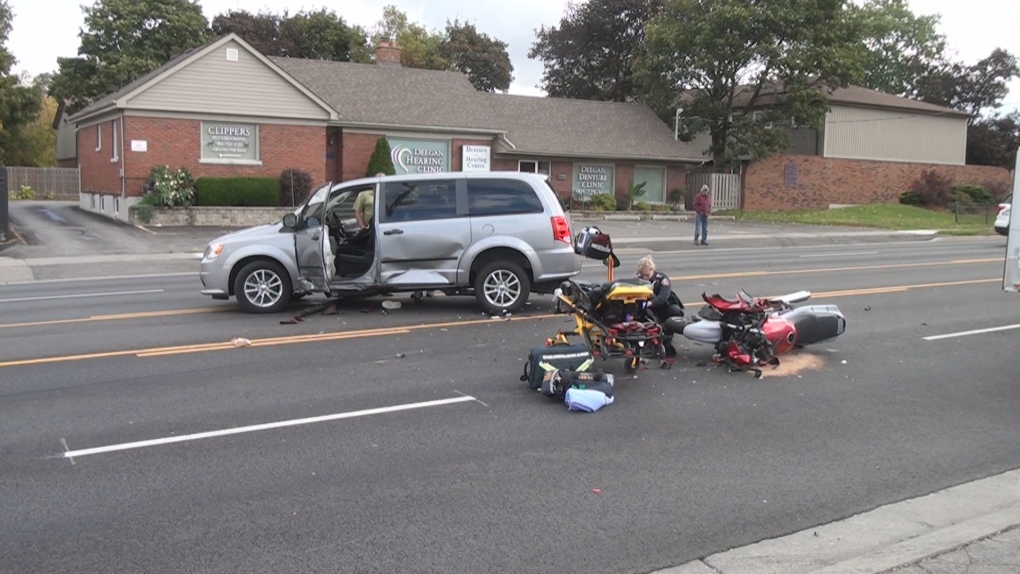 Durham police are investigating a collision involving a van and a motorcycle in Oshawa. (Colin Williamson)

A 24-year-old male motorcyclist has died in hospital after a collision in Oshawa Saturday afternoon.

Emergency crews were called to the area of Simcoe Street North and Beatrice Street around 12:40 p.m. after receiving a report of a collision involving a motorcycle and a van.

Investigators said that a red Kawasaki motorcycle was travelling southbound on Simcoe Street North when it struck the driver side of a silver Dodge Caravan that was exiting a plaza in the area.

The motorcyclist, who has been identified by police as Oshawa-resident Justin Jones, was airlifted to a Toronto trauma centre for treatment, but later succumbed to his injuries.

The driver of the Dodge Caravan was not injured and is cooperating with investigators, police said.