Motorcyclist dead after collision near Newmarket 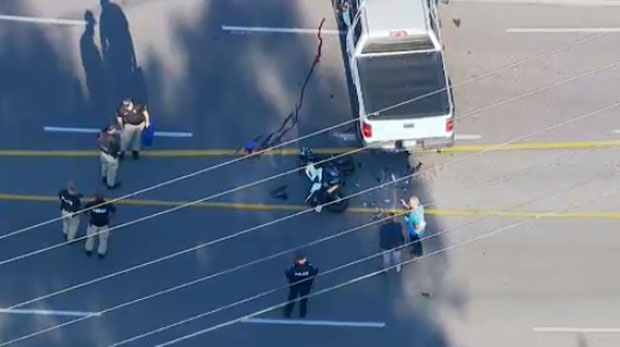 A motorcyclist has died after a two-vehicle collision in East Gwillimbury near Newmarket, Ontario.

York Regional Police say a motorcycle and a pickup truck collided near Bathurst Street and Graham Sideroad around 3:50 p.m. on Tuesday.

The motorcyclist was pronounced dead at the scene and the driver of the pickup truck was taken to the hospital with minor injuries.

Police do not know what caused the collision. The Major Collision Bureau is on scene and investigating.

Authorities are asking anyone with information about the collision to contact investigators.

The intersection was closed for several hours following the crash but it has since reopened.