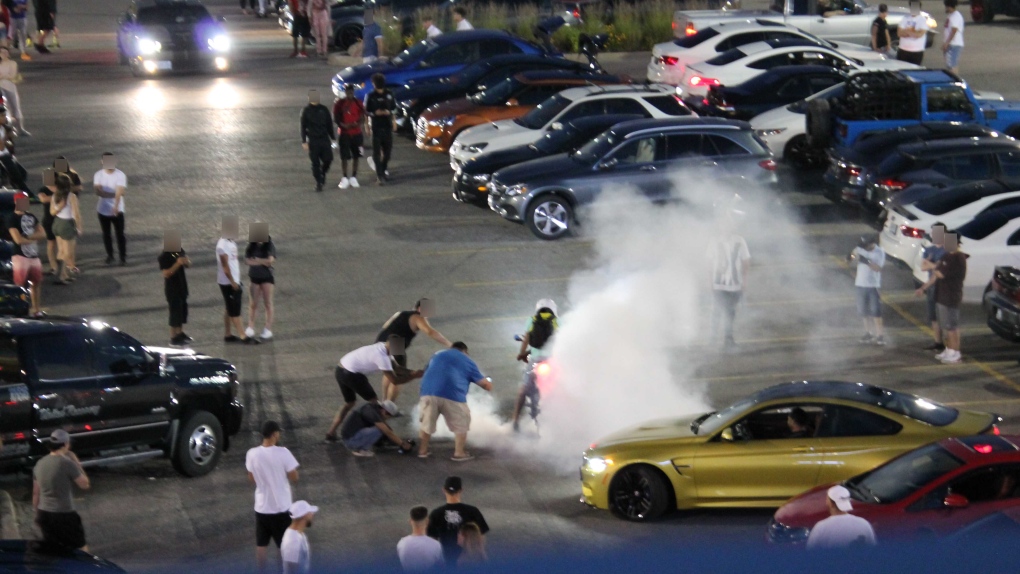 Police have charged a motorcyclist who allegedly performed a burnout at a parking lot in Vaughan. (Handout)

TORONTO -- A 37-year-old Richmond Hill man has been charged after police allege he performed a burnout at a parking lot in Vaughan earlier this month.

Officers were investigating drivers at a car meet in a parking lot on Windflower Gate, near Weston Road and Highway 7, at around 9:30 p.m. on July 3.

York Regional Police say the investigation began after they received complaints from the community over loud vehicle noise.

“Community complaints have included dangerous driving in the parking lot, loud noise overnight from vehicles with improper mufflers as well as reports of sounds of gunshots which have turned out to be from improper vehicle exhaust systems,” police said in a news release.

While investigating, police say a motorcyclist was seen doing a burnout in the parking lot.

People were seen filming the stunt with their phones, police say. 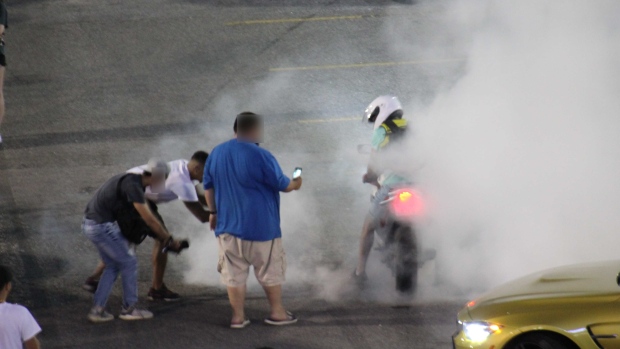 The motorcyclist left the parking lot a short time later.

Police say they later identified the alleged driver, who was arrested on Wednesday.

He has been charged with dangerous operation of a motor vehicle.

The man is scheduled to appear at a Newmarket court in October.