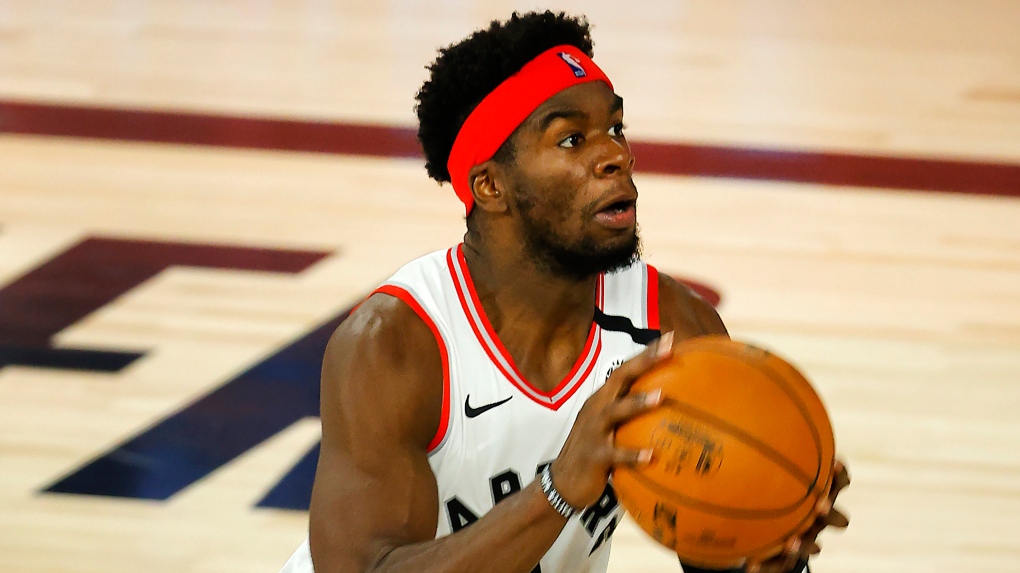 TORONTO -- The New York District Attorney's office has dropped assault charges against Toronto Raptor Terence Davis, while agreeing to dismiss two other charges in one year’s time provided that he abides by the terms of a court order.

Davis, 23, was arrested at a Manhattan hotel back in October after he allegedly assaulted his girlfriend.

He was charged with a total of seven offences, including third-degree assault.

But in a statement provided to CP24 on Friday a spokesperson for the New York District Attorney's office confirmed that it has moved to dismiss the five counts “related to assaultive conduct.”

The spokesperson said that Davis has agreed to an Adjournment in Contemplation of Dismissal on the other two counts – endangering the welfare of a child and criminal mischief in the fourth degree.

Under the terms of the court order, those charges will be dismissed in one year so long as Davis has no new arrests and abides by an order of protection.