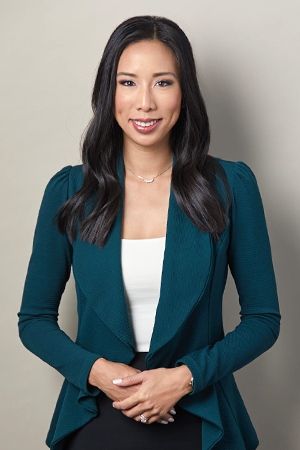 As of May 2020 Tracy Tong is no longer with CTV News Toronto.

Tracy Tong is a videojournalist with CTV News Toronto, covering breaking news from across the city. Tong joined CTV News Toronto in 2016, and has since also served as a fill-in anchor for the station’s daily newscasts.

Throughout her career, Tong has covered a variety of breaking news stories in the Greater Toronto Area, as well as in Southern and Northern Ontario. She has broken numerous exclusive stories and extensively covered high-profile crime cases, including the Bruce McArthur serial killings, the Yonge Street van attack, and the Danforth shooting. She also followed the Toronto Raptors throughout their 2019 NBA championship run.

Tong is an RTDNA-winner, three-time RTDNA nominee, and Canadian Screen Award nominee for breaking stories including the Algonquin Park student drowning and suicides within the Ontario Provincial Police.

Before joining CTV News Toronto, Tong was an on-air reporter with CP24, CityNews Toronto, CTV News Kitchener, CTV Northern Ontario, and Rogers TV. Tong began her career in the Global Toronto newsroom after graduating from Ryerson University with a Bachelor of Journalism degree.

Tong speaks English and Cantonese, lives in Toronto, and spent her early years mastering and training piano before beginning her journalism career.