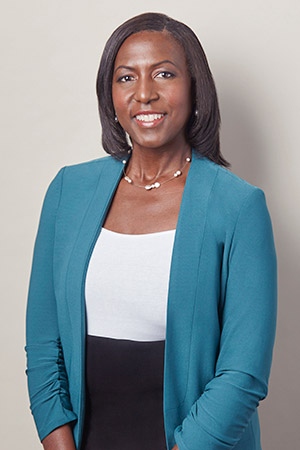 Charles joined CTV News Toronto in October 2000 as a general assignment reporter. She has since served as a host, moderator, and speaker at more than 44 political forums, charitable events, and community groups. Today, she continues to report, shoot, write, and edit stories.

Prior to joining CTV News Toronto, Charles began her journalism career at Rogers Cable in Durham Region before moving on to CHEX Television in Oshawa, Ont. in 1998. While at both stations, Charles honed her reporting skills and developed experience covering local stories.

She is dedicated to the community, evidenced by her numerous volunteer activities for various charities and local outreach organizations, including the Toronto Raptors, United Way Toronto, and The Black Business and Professional Association’s Harry Jerome Awards.

Staying true to her Trinidadian roots, Charles is a leading member of the CTV Caribbean Carnival Volunteer Committee, coordinating employee involvement in Toronto’s annual celebration of Caribbean carnival and culture.

Her commitment to community service has been recognized by the Toronto Sun with a “Woman on the Move” award in 1997 and by the Oshawa YWCA as a “Woman of Distinction” in 1998 and a Police and Community Service Award of Excellence during Black History Month 2012.

Charles loves to play indoor and beach volleyball and is a huge supporter of NCAA College Basketball. She speaks English and holds a Bachelor of Arts and Science degree from York University and a certificate in Radio and Television Arts from Seneca College.