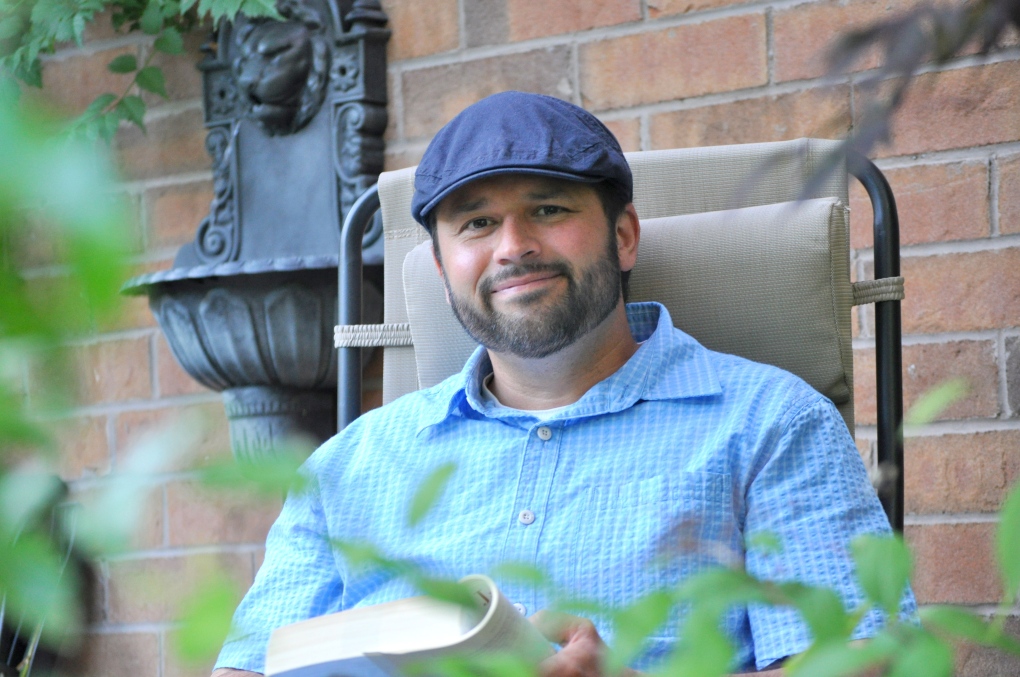 Over the last couple of weeks I have had an unbelievable opportunity to people watch. You know, when you sit down in a public place, and just simply observe. It's especially engaging when you're in a different neighbourhood. It’s even better yet, maybe 5 star status, if you're in an unfamiliar city. As it all unfolds, you capture little snippets of people's lives.

What's especially interesting, for some reason, if you are the one walking by it is seldom that you take notice of the people that are sitting down-- they could be analyzing you. Anyway, isn't it amazing what people say and do in public? Granted, you aren't normally privy to the complete context of that moment, but it’s rarely dull.

Recently, I noticed a lady who was trying to control her unruly child. She'd had enough. So, in a joking manner, she exclaimed to a stranger: "Do you want to buy some kids? ... 3 for 1," as she dragged her little girl by her side. Then, there was that young man, rationalizing to his girlfriend why they were lost. He seemingly ended the discussion with a pretty awkward scratch and poke of his rear end. What?!

So where am I going with all of this? Well, it's been several weeks since my last chemo session -- the break has been very nice. Although I don't feel completely normal, on many days, its close enough.

There are still some minor aches and pains, but my immune system is steadily recovering. Gone are the days of taking antibiotics just to help heal even minor things, like a hang nail. This new found strength has allowed me to once again interact, and I use that term loosely, with the world.

As I gaze at life happening all around me, I can't help but wonder if some of those people, maybe even the very person that just walked past me, is, or will ever deal with something like cancer. Hey, I'm human, and I would be lying if I didn't admit that, at times, I feel cheated. I was struck down when I thought I was invincible. How naive of me. Nobody plans for this to happen, and that's why I try not to dwell on it. Instead I try to focus, as best I can, on the positive. I know I am one of the lucky ones. I am blessed with a form of the illness that is treatable.

This journey, as I'm learning, is so much more than just one of physical healing and recovery. It has re-incarnated itself and has evolved into a crash course on living life. I find that I second guess almost everything now. I'm trying to figure out some sort of balance.

I ask myself, what did I do wrong? I don't smoke, never did, and I don't drink. I eat relatively healthy, so why did my body fail me? Why not the business man on the patio across from me right now? He's been smoking non-stop. Why not the heavy set person drinking that supersized Cola? I am learning that it's so unfair to judge or assume anything about anyone. How do we know what other people have/will or are going through? How many people in the hospital have looked at me and wished they had my illness, instead of what they are diagnosed with?

I don't think there is a definitive answer to any of this, except that we all, at some point, will have to face some adversity. Sadly, the circumstances and experiences will vary greatly. Some will be much, much worse than others. Maybe that's the "great equalizer," as they say. There is always someone who is worse off. That doesn't mean it will make your situation any better, but hopefully it will help put things into perspective. We need to celebrate and reflect on our blessings, no matter how big, or small.

I am reminded of that routinely --each time I go to the hospital. This leads me to my next phase of treatment. Radiation. For this, the doctors and radiologists commemorate the occasion with a set of free tattoos. Yes, when it was first mentioned to me, I envisioned some prominent, yet undescriptive body art that would forever serve as a battle scar of sorts -- a signature of my ordeal. A tattoo, of any kind, is new to me. I know, you thought all weather weenies were almost mandated to display a small lighting bolt, or mini tornado, didn't you?

Nope, my skin is virginal -- not to mention, the medical team was not taking requests. Their sole mission was to leave 4 precisely placed micro dots on my upper torso. They are only about the size of a freckle, inked in a North, South, East, West pattern, but are crucial. They serve as a reference guide to help position a targeted beam of radiation to be administered in the coming days. I should point out, radiation therapy is used in many different ways when it comes to treating cancer. It provides a variety of different objectives. My experience, much like the entire treatment protocol so far, may be completely different compared to another patient with a different cancer.

On the eve before the first scheduled rad zap I had a few butterflies in my stomach. It almost felt like the night before the first day of school. I was a little anxious, probably because I didn't know what to expect. I requested a late morning schedule in the hopes of avoiding traffic. (And, to be honest, to also help me catch up on some sleep. I have been experiencing some restless nights.)

Upon arrival, I nervously proceeded to the radiation ward.

The check-in procedure was pretty routine and very well organized. I noted a patient in front of me in the waiting area. He was an older gentlemen, wearing khakis and a button down, shortsleeve dress shirt. He seemed pretty relaxed, despite the fact that much of his neck, up to his chin was a purplish colour. It was, at least as far as I could tell, the effects of radiation. I was aware from reading some hospital handouts that changing skin colour and texture is one common, usually temporary, side effect. It still freaked me out a little bit. It was shortly after, that I was called in, "treatment unit number 6," the nurse said. There sat a large, heavy duty electronic gurney, with what looked like a monstorous faucet spout arching over it. It's robotic and is able to rotate 360 degrees.

With the help of two technicians I was placed in position. You lie in a custom made pre-frabicated type mold (it was prepared a week or so before). It ensures that you will be able to stay in a fixed position for a long period of time. The technicians then went on a scavenger hunt, seaching for the micro tattoos on my chest. (In my mind, I thought --  first one who finds them among the follicle forest wins a prize!) All 4 marks were present and accounted for, then quickly highlighted, BOLDLY, with a magic marker to help the technicians determine the exact position. Using a simple ruler, they would call out measurements to each other to ensure each coordinate matched with what the Oncologist mapped out originally. We were at the point of no return. Before I knew it, the multi-million dollar machine was revving up, and the arm was winding into position, then - BZZZZZZZZZZZZZZZZZZZZ. The radiation had begun.

It only lasted for a few seconds before they set the machine to its next position via remote in another room. I sat there as still as I could, with my eyes closed most of the time. The sounds were very foreign. After a while, with all the revving, winding and Bzzing, I had a flashback. This treatment was almost like a scene from a James Bond Movie -- I think it was Goldfinger. The villain straps 007 on a table and tries to cut him in half with a high powered laser. "No Mr. Bond ... I expect you to die." (There goes my crazy Capricorn mind again!) The next thing I knew, the bed was being lowered and the technician said "you're all done for today." The first treatment was over.


Human life is purely a matter of deciding what's important to you.
- Anonymous