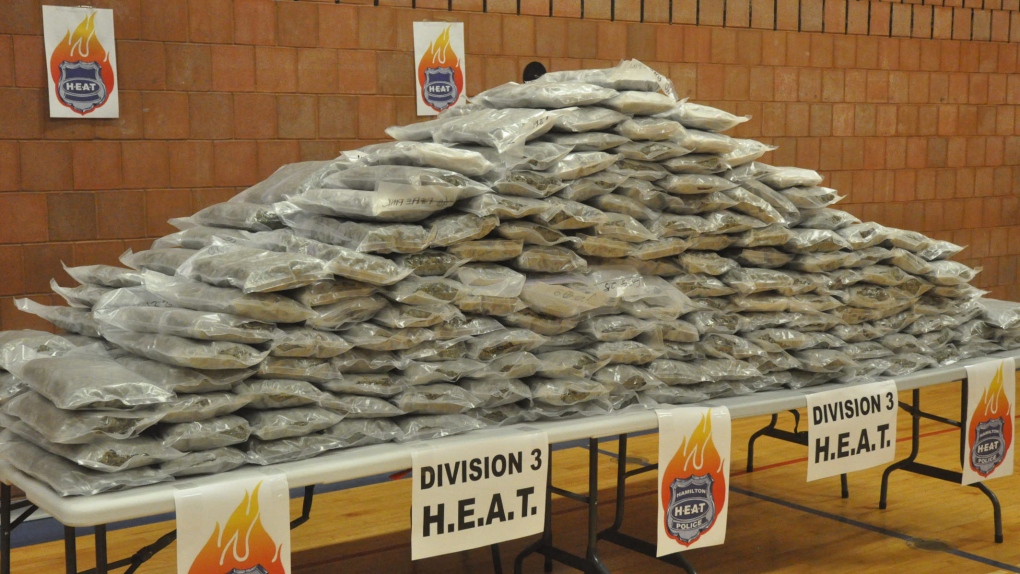 Hamilton police have arrested two people, after more than 180 kilograms of marijuana were seized during raids Mississauga and south Hamilton.

The drugs were seized when two search warrants were executed on May 26, at a storage unit in Mississauga and a home in Glanbrook, in the south of Hamilton.

Acting Sgt. Rich Vanderboom of Hamilton Police told CTVNews.ca most of the drugs were seized in Mississauga. Vanderboom said Peel Regional Police assisted in the seizures, but were not involved in the investigation.

During the searches, police seized:

The searches were executed as a part of Project Enitor, an investigation into drug trafficking in the City of Hamilton.

Two people, Daniel Goreil and Ngoc Hung Dang, both of Hamilton, have been arrested.

The investigation is still ongoing, and anyone with additional information is asked to contact Sgt. Rich Vanderboom at 905-546-2447, or Crime Stoppers anonymously at 905-522-8477 (TIPS).