More than 150 cats found living in one Toronto home 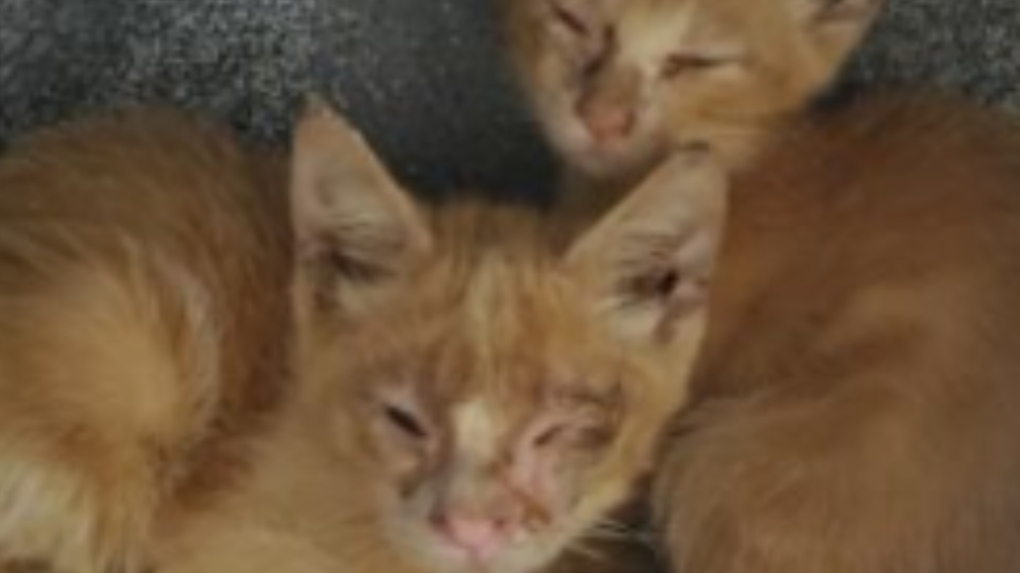 TORONTO -- Toronto Cat Rescue says more than 150 cats have been found inside a residence in the city.

In a statement issued Friday, the organization said Toronto Animal Services is currently in the process of removing the cats from the home and caring for the animals, which have a number of health issues, including upper respiratory infection and ear mites.

"Only a day after rescuing cats from a hoarding situation in North Bay, Toronto Cat Rescue has been called upon to help with a desperate situation here in the city," the news release read.

Toronto Cat Rescue said it is working to bring between 50 and 70 cats into its program.

"The cats have already been assessed and are known to be suffering from upper respiratory disease, ear mites, thin body condition and dermatitis," the news release read.

"These are health issues that can be resolved with proper medical care, and the special loving care that only our foster homes can give. We expect that because of the condition that these sweet cats are in, it will take months of care and attention to get them into good shape."

The group noted that foster homes in Kitchener-Waterloo have already taken in some of the cats and Toronto rescues are also working to take in some of the animals as well.

"Hoarding is a serious and complex problem," the rescue group's statement continued, noting that only six cats are allowed in a single household under City of Toronto bylaws.

"It is impossible to responsibly care for many more, and 150 cats cannot endure living together in one house."