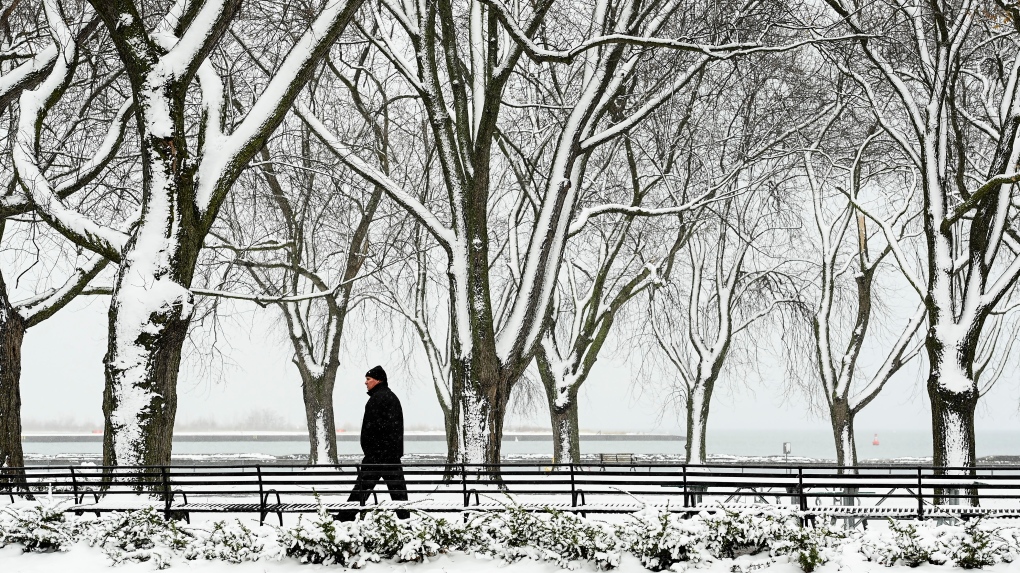 A person is seen walking through the snow covered trees near the boardwalk overlooking Lake Ontario in Toronto on Tuesday, December 1, 2020. THE CANADIAN PRESS/Nathan Denette

TORONTO -- Toronto is expected to see another round of snow on Thursday as a snow squall watch is now in effect for the city and parts of the Greater Toronto Area.

In its weather advisory, Environment Canada said snow squalls are expected to develop over the west end of Lake Ontario Thursday morning and will continue into the evening.

According to the forecast, the squalls could dump up to five centimetres of snow in the morning and an additional five to 10 centimetres in the evening.

The snow squalls could affect the shoreline areas from the Toronto Island to Burlington, as well as areas inland, Environment Canada said.

Oakville, Halton Hills, Milton, Mississauga and Brampton are also under snow squall watches, which are issued “when conditions are favourable for the formation of bands of snow that could produce intense accumulating snow or near zero visibilities.”

Motorists using the QEW and portions of Highway 403 and 407 are being advised to be prepared for winter driving conditions.

Sunny conditions are in the forecast for the weekend, with a high will be -2 C for Saturday and Sunday.