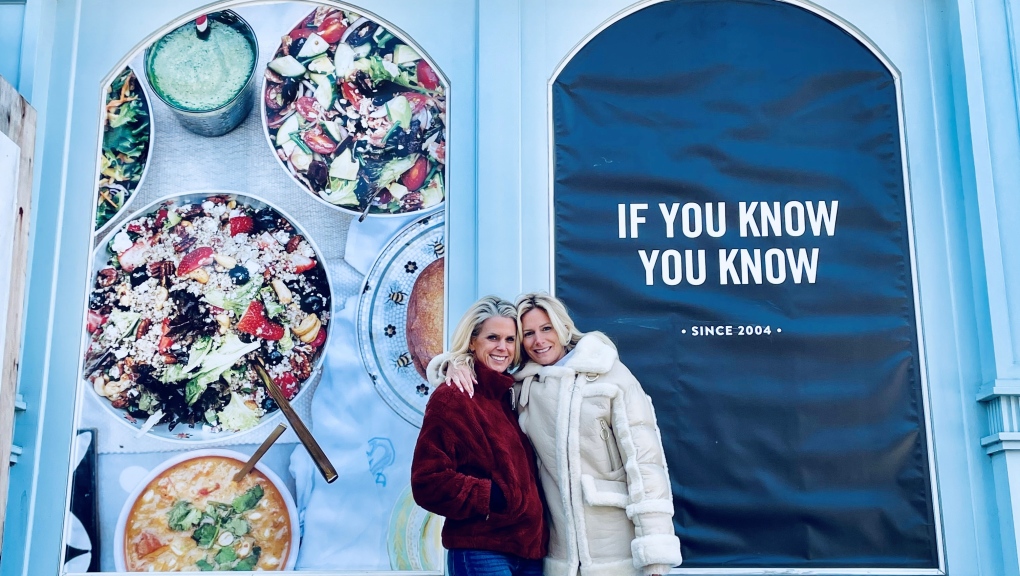 Mandy and Rebecca Wolfe stand outside of their first Mandy's Salads location in Toronto, located at 52 Ossington Avenue (Supplied).

Nearly two decades after customers started snaking outside of a women’s clothing store in Montreal — not to buy sweaters or jeans, but instead, seeking a tiny 200 square foot salad bar set in the back — Mandy’s Salads is coming to Toronto.

“It’s a tried, tested and true recipe and we’re just hoping that Toronto loves it as much as Montreal does,” Mandy Wolfe, co-founder of the salad chain, told CTV News Toronto alongside her sister Rebecca. 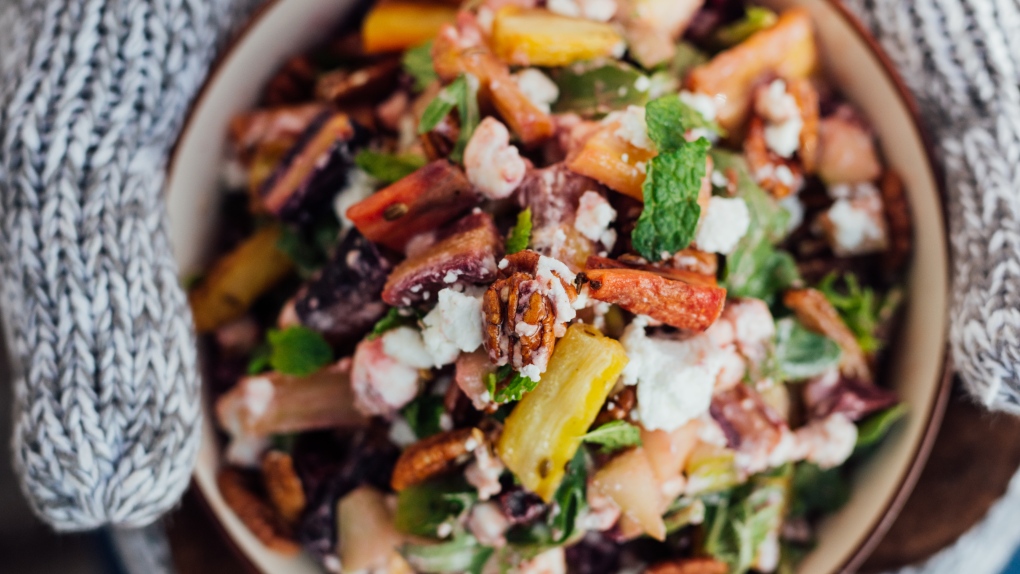 A Mandy's signature salad photographed and soon to be sold in Toronto (Supplied). On Mar. 1, the city will get its first taste of Mandy’s signature salads, soon-to-be located in a Notting-Hill-like space with arched windows and a pink French bistro-inspired interior at 52 Ossington Avenue, between Queen and Argyle streets.

To start, Mandy’s is launching pickups and deliveries before welcoming customers into their 1,500-square-foot indoor dining space the following week.

The doors of their first Toronto location haven’t opened just yet, but already, the Wolfe sisters are in lease negotiations for a second space at King Street West and Spadina Avenue, aiming for a summer opening.

While gourmet salads may no longer be considered a culinary novelty in Toronto, the salad sisters are dedicated to a more meaningful mission that ventures beyond the act of chopping kale and carrots.

“Our mission statement is really that the experience while eating the food is just as important as the food itself,” Mandy said. “We hope to convey that in the Toronto experience as well.” 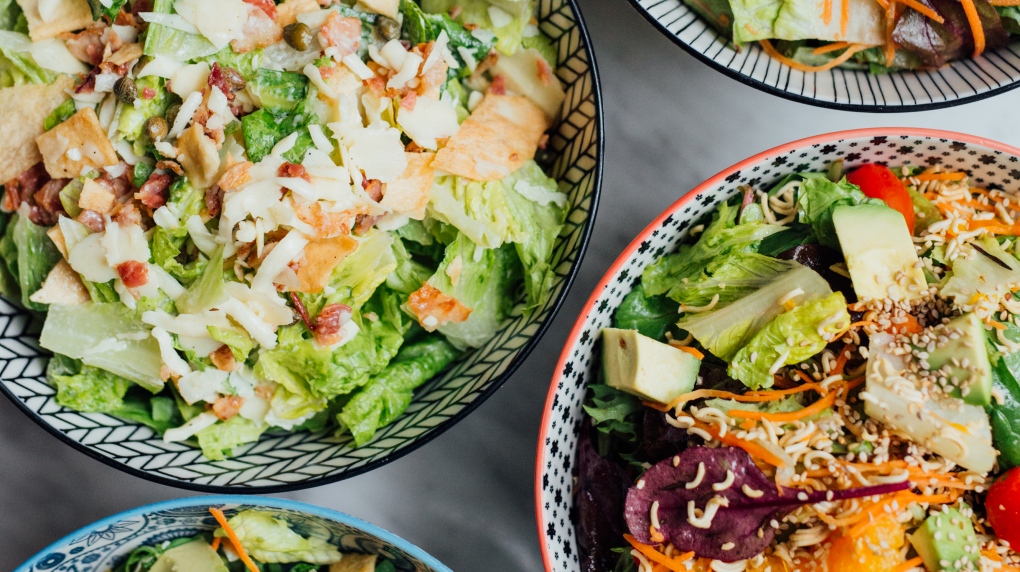 A variety of Mandy's signature salads photographed and soon to be sold in Toronto (Supplied). “We wanted to change the way that people saw salad as not just a side dish….and not just something that you're having when you're on a diet. We want people to be excited about salad,” Rebecca added.

When they first set out on their journey in 2004, Mandy and Rebecca were determined to shift the narrative surrounding salads from a meal that was brushed off as rabbit food to one people craved and genuinely wanted to eat five times a week.

At the time, Rebecca’s partner had a clothing store with spare space. While he had visions of a panini shop, placing an oven in a clothing store was impractical. Instead, “It turned into salads,” Rebecca said.

Between the two sisters, neither one had prior professional business or cooking experience, but Mandy was naturally gifted in the kitchen and Rebecca had a knack for interior design. The partnership was organic.

“As sisters, we are cut from the same fabric,” Mandy said. “All our values are the same.”

Admiration for family is visibly at the centre of their business — with framed family photos and Mandy’s infamous chocolate chip cookies, which she first started baking in their kitchen as a 10-year-old — both staples at their growing list of locations.

“We want to make [customers] feel like they're home,” Mandy said.

A recent study revealed that COVID-19 rapid antigen tests may be less sensitive to newer variants, leaving some to wonder just how accurate these tests actually are. Experts share how to get the most accurate results when testing for the virus.

U.S. Secretary of State Antony Blinken accused Russia on Thursday of weaponizing food and holding grain for millions of people around the world hostage to help accomplish what its invasion of Ukraine has not -- 'to break the spirit of the Ukrainian people.'

Billionaire Elon Musk took to Twitter late on Thursday to denounce as 'utterly untrue' claims in a news report that he had sexually harassed a flight attendant on a private jet in 2016.

The man accused of attacking comedian Dave Chappelle during a performance in Los Angeles earlier this month is now facing attempted murder charges -- for an entirely different incident.

Ed Sheeran 'over the moon' at birth of second daughter

Famed British singer and songwriter Ed Sheeran and his wife, Cherry Seaborn, have welcomed the birth of their second daughter.