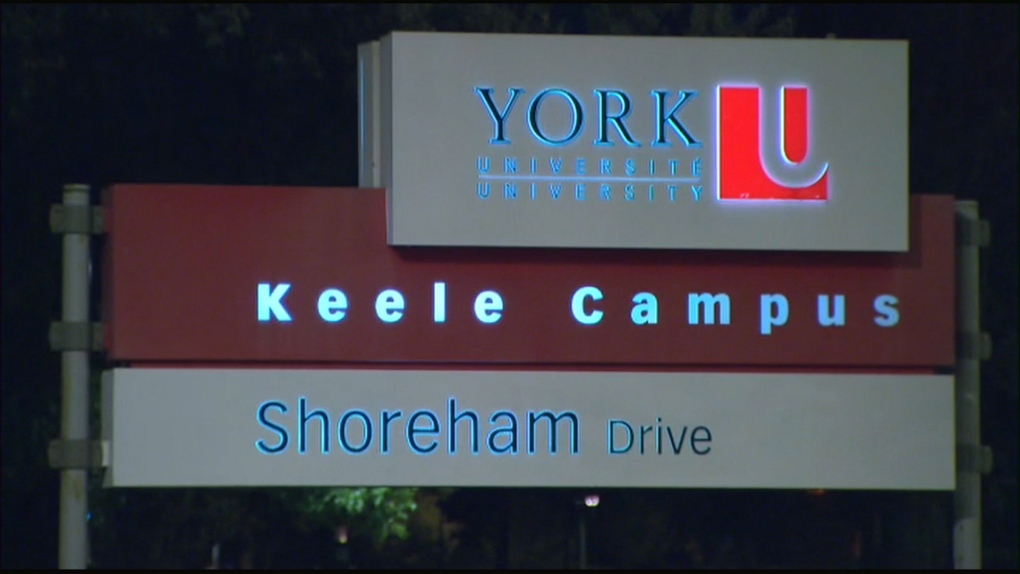 A sign is pictured at York University's Keele campus.

Two York University students have announced that they intend on taking legal action against the school after an on-campus shooting in March left the women injured.

According to a press release issued Wednesday evening, Annie Malik, Namra Malik (no relation) and six other individuals have retained legal counsel and intend on pursuing legal action against York University.

The women, who were injured after a man discharged his weapon in a food court inside the university’s student centre, have raised concerns over the university’s alleged lack of on-campus security.

The press release notes that one victim claims police arrived at the scene of the crime before on-campus security.

During the ordeal, one victim was shot in the leg and taken hospital while another was injured by shrapnel from the bullet and suffered minor injuries.

Police do not believe the women were targeted.

According to the release, the victims have retained the legal counsel of Diamond and Diamond Injury Lawyers and plan to hold a press conference on Thursday morning.

Police have arrested Kemon Edwards, 22, in connection with the incident. Edwards has been charged with careless use of a firearm, discharging a firearm endangering life and aggravated assault.