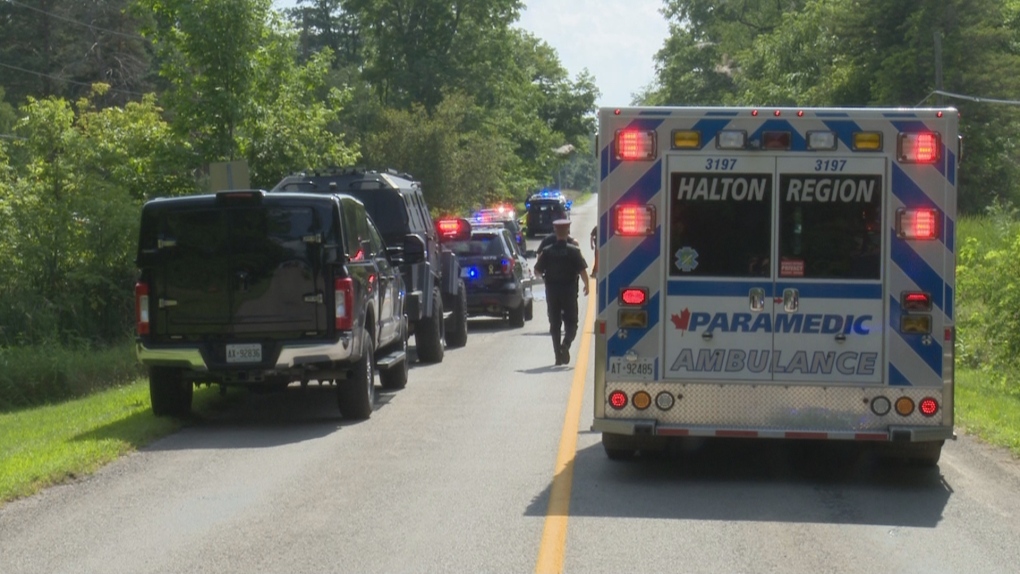 Emergency crews attend the scene of a shooting at 2 Side Road on Aug. 21, 2019. (David Ritchie/CTV News Toronto)

A woman has died after a shooting inside a Burlington residence on Wednesday afternoon.

Emergency crews were called to a home on 2 Side Road, between Cedar Springs Road and Guelph Line, around 3 p.m.

Halton police said that when officers arrived at the scene, the found a woman “with traumatic injuries.” She was pronounced dead at the scene.

A victim was pronounced dead at the scene, Halton police said.

Investigators say that a man has been taken into custody in connection with the incident. It is believed that the suspect and the victim know each other.

There is no ongoing threat to public safety, police said.

Roads are expected to remain closed for several hours as police investigate the shooting.