Woman crossing road dies after being struck by cement truck

A 54-year-old woman is dead after being struck by a cement truck while crossing the road in Midtown, police say.

Police were called to the Yonge Street and Erskine Avenue area about 10 a.m. on Tuesday morning after the pedestrian was struck.

Police believe the woman was crossing Yonge Street when she was hit by the cement truck that was making a turn.

The woman was dragged for several metres before the truck came to a stop, police said. 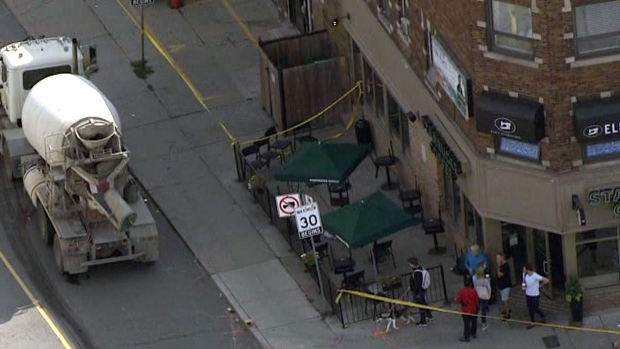 Toronto Police Sgt. Brett Moore said inspectors are now investigating if there were any mechanical issues with the truck.

The 54-year-old male truck driver, who remained at the scene after the crash, was taken to hospital to be assessed for shock, Moore said.

Police are asking any witnesses to come forward.