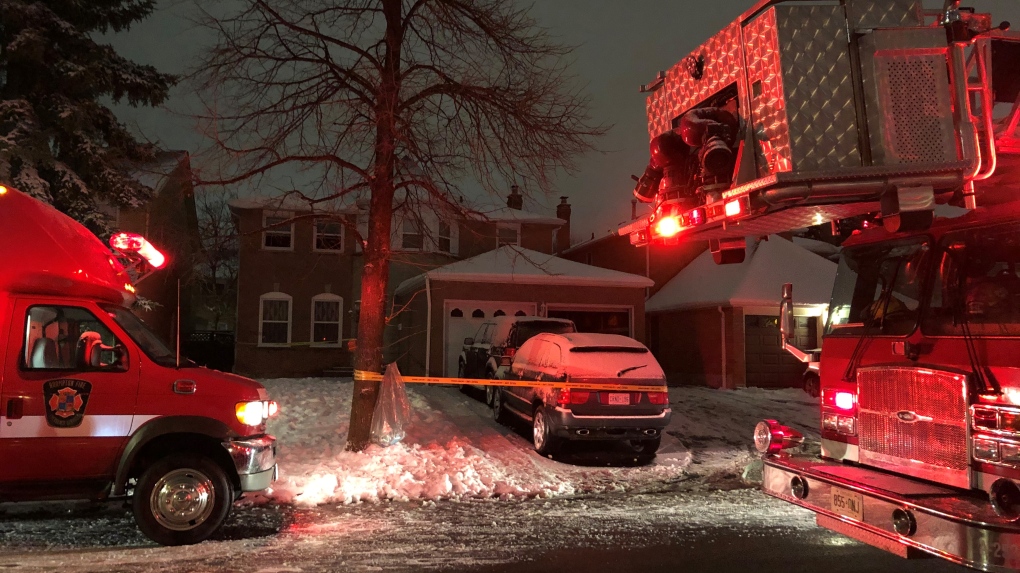 TORONTO -- A woman and a five-year-old boy have been transported to hospital after being pulled from a two-alarm house fire and possible explosion in Brampton Tuesday evening.

Crews were called to Nevada Court, near Bovaird Drive East and Nasmith Street, at around 7:48 p.m.

“They were quickly able to effect the rescue under some very difficult conditions, get the people out, pass them over to our paramedic partners who've done an incredible job and then they transported them to hospital,” Brampton Fire Chief Bill Boyes told CP24 at the scene.

Peel Regional Paramedic Services originally said three patients were transported to a local hospital. However they later clarified that two people were transported – a woman with critical injuries and a five-year-old boy with serious injuries.  The two are believed to be mother and son, firefighters said.

Peel police later said both the woman and the boy were believed to be in stable condition.

The fire started in the basement of the home, police said.

While there were reports of a possible explosion, firefighters did not immediately confirm that was the case. The Ontario Fire Marshal’s office is expected to attend the scene to investigate.

“Crews have really done a great job as you can see, under difficult weather conditions tonight, battling the fire inside and outside these challenging conditions,” he said.

At around 9 p.m., firefighters said the blaze was under control.

Roads have been shut down in the area as crews do their work.

Crews are expected to remain on scene “for an extended time” police said.