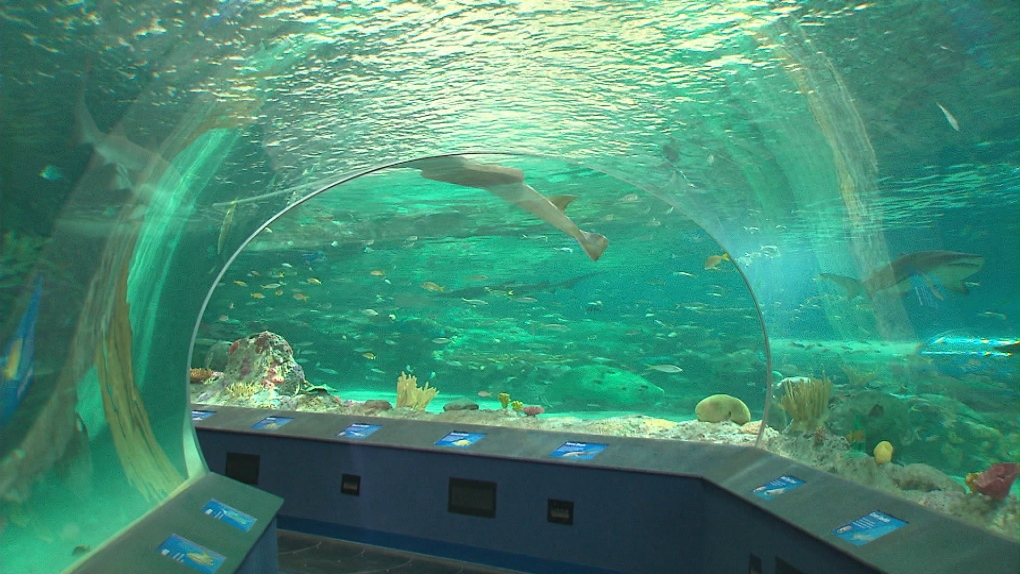 A look inside Ripley's Aquarium in Toronto on opening day, October 16, 2013.

TORONTO -- Two workers at the Toronto's Ripley's Aquarium tested positive for COVID-19, prompting parts of the popular tourist attraction to shut down for up to six days of deep cleaning.

A spokesperson for the attraction said they were first made aware of a case in a part-time worker on Sept. 22.

A second part-time worker tested positive for the virus on Sept. 28.

"As per Toronto Pubic Health, we completed a deep clean of affected areas and notified all team members who may have been in close contact with the individuals who are COVID-positive," a spokesperson told CP24. "Additionally we kept the retail store closed for 6 days following the first case. As per Toronto Public Health, both cases are considered low risk transmission."

Both workers are self-isolating at home.

The aquarium was allowed to open to the public in June as part of Ontario's Stage 2 of reopening guidelines.

"These are the first two cases the Aquarium has had since reopening to the public in June," a spokesperson said.

The facility is only accepting 15 per cent of its normal visitor volume and stopped all on-site performances, also closing a play area for children.

All visitors and staff must wear masks at all times while they are inside.

Toronto saw a high of 344 confirmed infections reported on Monday, among some 700 province-wide, the highest daily total ever.

The aquarium as a whole remains open.