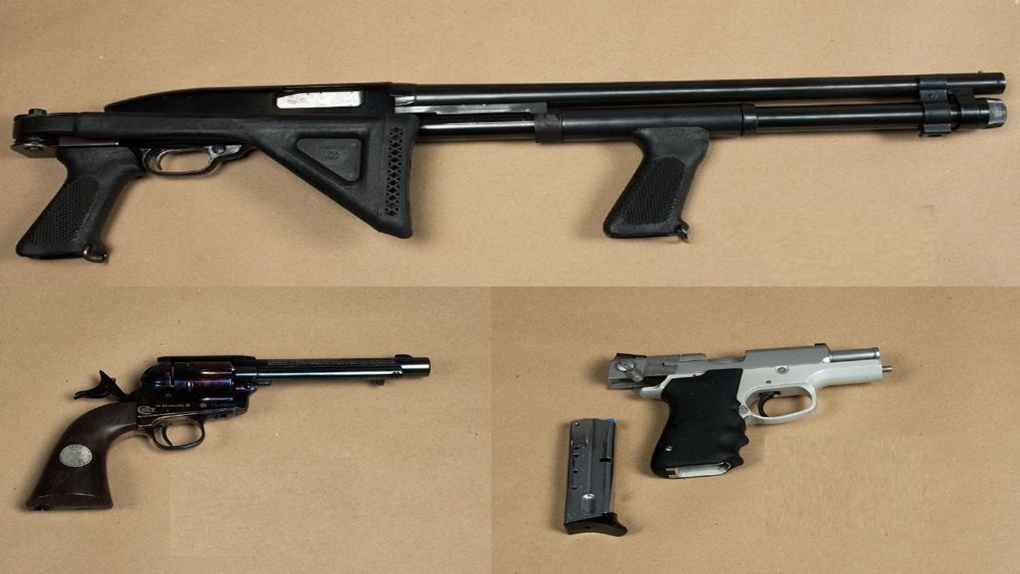 A 12 gauge shotgun, a revolver, and a handgun were recovered by Peel police in a Brampton home on Saturday. (Peel police)

Two people are facing numerous charges after several guns and drugs were found in a Brampton home on Saturday.

Peel police said they executed a search warrant at a home in the area of Williams Parkway and Kennedy Road on Sept. 21.

Officers located a quantity of cocaine worth approximately $23,000, a handgun, a 12-gauge shotgun, and a revolver during the search, police said.

The man has appeared at a Brampton court on Sunday. The woman will appear in court on Oct. 22.

Anyone with information about the case asked to contact the Vice, Narcotics and Street Level Organized Crime Bureau or Crime Stoppers.