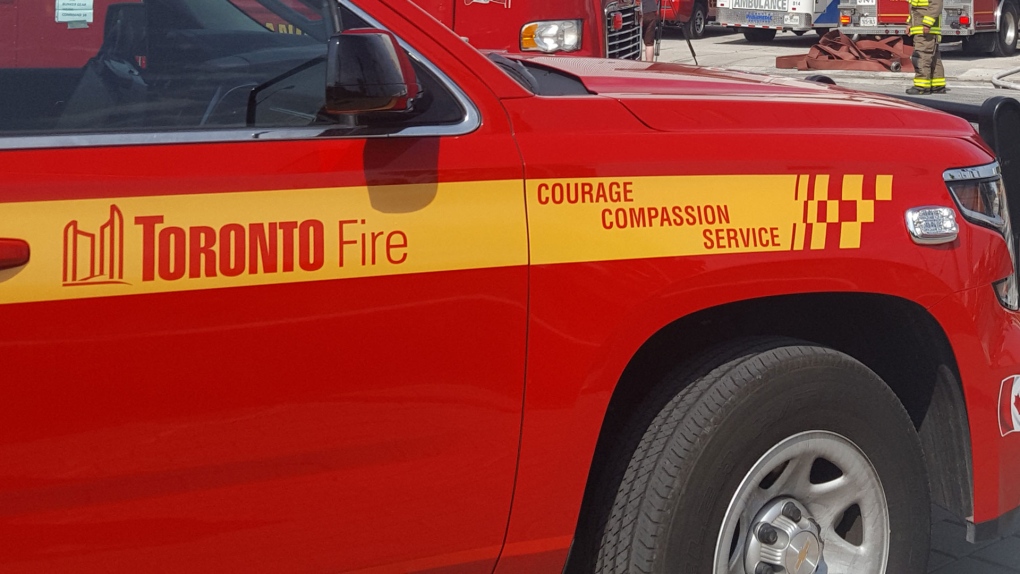 A Toronto Fire vehicle is pictured in this file photo. (Jorge Costa /CP24)

Toronto firefighters said they were called to Bayview Avenue and Corktown Common Trail at 5:43 a.m. Sunday morning for reports of multiple explosions caused by propane canisters.

They located two people at the scene suffering from smoke inhalation.

Witnesses told fire crews they saw “many” homeless people in tents that were on fire, along with adjacent trees.

There was no hydrant near the site of the blaze so it took firefighters longer than normal to put it down.

Emergency crews are still searching for other people who may have been injured.