TORONTO -- A restaurant in Toronto’s east-end is offering up free burgers to seniors and those experiencing homelessness as the COVID-19 pandemic drags on across the city.

“I just thought it was the right thing to do,” Fearless Meat owner David Brown tells CTV News Toronto.

Brown, who has been working with meat for almost 50 years, explains that butchers have a long tradition of giving back to their communities. He says that this act of charity announced earlier this month is just one way of keeping that legacy alive.

“And it's a tradition that I've always taken very seriously. In fact, in the days before they had food banks butchers were the local food banks. So, I strongly believe in giving back to the community.”

The promotion is simple: seniors, pensioners, the homeless and the hungry are entitled to a free 6oz. Certified Angus “Beach Burger,” no questions asked. 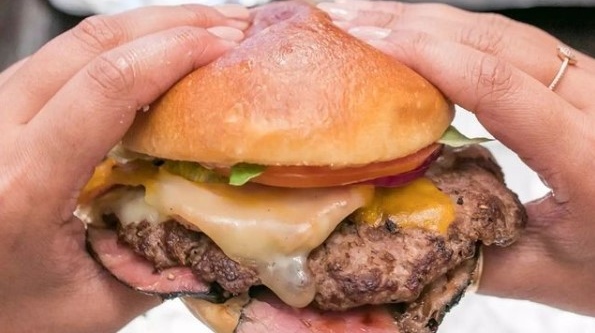 The catch? There isn’t one.

“I want people when they come into our restaurant for a free burger, I want them to feel welcomed and respected.”

It’s unclear just how many burgers have been handed out since the campaign began at the beginning of January, mostly because Brown admits he doesn’t keep track.

FEARLESS MEAT COMMUNITY UPDATE As we approach our 3rd anniversary, I wish to thank everyone for their tremendous...

“It’s been all over the map. Anywhere from a few a day to a hundred a day.”

Brown says this isn’t the first charitable act he and his company have been involved in and that it surely won’t be the last.

As Fearless Meat approaches its third anniversary on Jan. 19, Brown says he feels fortunate to still be in business amid the pandemic and is encouraging other restaurants as lucky as him to give back if they can.

“I'm hoping that what we're doing here is an inspiration to other restaurants or businesses to help out the vulnerable communities,” he said.